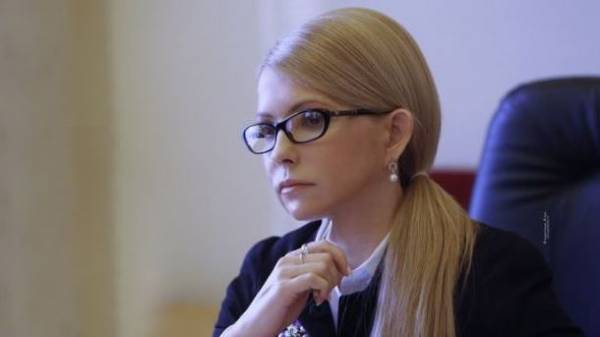 The leader of the parliamentary faction “Batkivshchyna” Yulia Tymoshenko responded to the words of the Prime Minister of Ukraine Vladimir Groisman, who offered to give it to Russia instead of money for gas.

Tymoshenko noted that the statements of the Prime Minister Vladimir Groysman is reminiscent of Saran wrap with bubbles.

“You know, when children want to play, they squeeze these pimples, they pop so loud… that to me is the way Groisman — this loud popping a pimple”, she said in the television broadcast.

“If we win, justice will be done against Ukraine. If, God forbid, there is another decision of the court, is tens of billions of dollars, which, in my opinion, can not be presented, because it is the consequences of the signing of the contract Tymoshenko… will Have to pass Tymoshenko instead of money: if she signed, she is responsible, why did it have to pay Ukrainian citizens? There is no other option,” said Groisman.