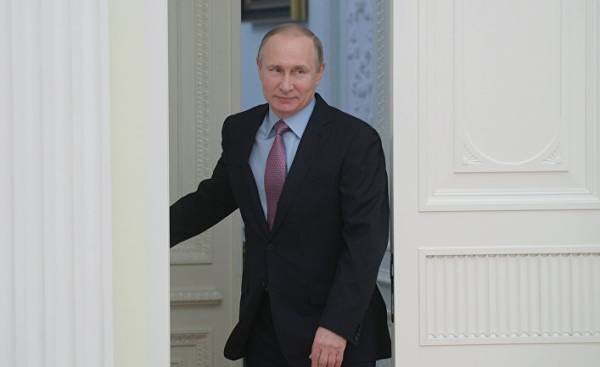 Vladimir Putin will arrive Monday in France for a meeting in the Palace “Grand Trianon” in Versailles. According to the French expert Adrien Dezhen*, Emmanuel macron is sending a very serious diplomatic signal to the world by hosting a foreign leader, whose actions are condemned by some of the supporters of the French President.

Like thunder from a clear sky. Vladimir Putin’s visit on Monday 29 may in the “Grand Trianon” has led to confusion of the most zealous supporters of Emmanuel Macron. He was the only one of the four presidential candidates who had criticized Vladimir Putin. Advocates of Euro-Atlanticism tried to downplay the importance of the visit. In any case, the red-brown bear from the Kremlin will be the first head of state over the last five years, which will be the leader of France. And this will take place in the luxurious apartments of the Sun King. A bold decision in contrast to last year’s disgusting refusal of françois Hollande to take the President of the Russian Federation.

Vladimir Poutine is the worst enemy of Femen, Greenpeace and Amnesty International. We all remember the speech of françois Hollande, in October 2016, in a satirical program, Jan Bart, where he admitted that his mind the idea that the opening of an Orthodox Cathedral, Quai Branly will present the main ally of Assad. The youngest and most progressive head of state from the time of Giscard d’estaing decided without any hesitation to accept the Versailles leader, head of Russia for 17 years.

Emmanuel macron understands the meaning of history. In 1717 Tsar Peter the Great went to Versailles. It was presented to the young Louis XV. The court of the Regent Philip of Orleans was struck by its familiarity. The giant of the Romanov dynasty, wanted to join Russia to Europe. He wanted to instill a forced March to Western European way of life their government. Saint Petersburg grew out of the earth, Russia has opened the era of Enlightenment. First Russian Emperor, was adopted by the French court. Vladimir Putin — a native of the city of Peter the Great. He worked for a long time in Dresden, the former capital of the Saxon Kingdom, and, of course, is a European Russian. The Heir Of Peter The Great.

All feared during the election campaign that Emmanuel macron will be a puppet of the globalist business community. But he announced his intention to return to the foundations of our diplomacy pursued by De Gaulle and Mitterrand, and put an end to the humanitarian Hyper-Atlanticism, which became popular after the Arab revolutions. The appointment of Jean-Yves Le Drian (Jean-Yves Le Drian) to the post of foreign Minister — the first example. The former head of the Ministry of defence for five years, noted a useless confrontation with Moscow. He was the author of major diplomatic success of France in recent years: intervention in Mali and the Central African Republic, the resale of amphibious ships “Mistral” to Egypt. On Syria and Iraq, he held the least categorical position in the government. For him ISIS and al-Qaeda (a terrorist organization banned in Russia — approx.ed.) are the only enemies of the French in the middle East. The coalition against Islamist terrorism must be as broad as possible and independent of NATO.

You can bet on the fact that the cultural visit has nothing to do with diplomacy. Emmanuel macron wants to expand his component. After the NATO summit and the G7, where trump tried to outshine him, the new owner of the Elysee Palace will try to differ. He couldn’t settle for a lunch with a turbulent White house. But the US President did not deign to stay in Paris. The Russian President did not persuade. His reception at Versailles is a great opportunity to remind our American ally that France doesn’t adapt. Its foreign policy is independent. When France cooperated with Russia, it maintains freedom of maneuver. In Versailles diplomacy Emmanuel Macron will show itself in the best conditions. 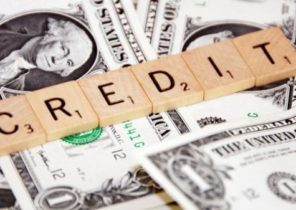 Ukrainians EN masse to choose pawn shops instead of banks