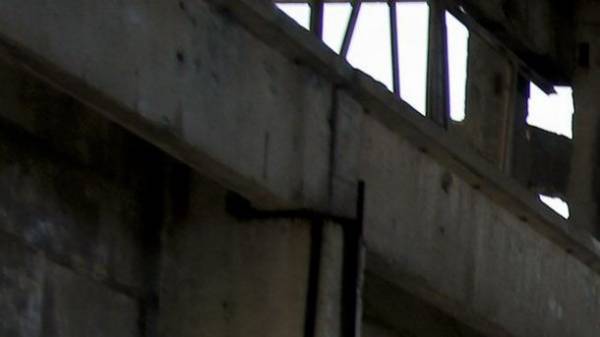 6 April in Minsk the negotiations of the diplomatic advisers of the “channel four”. The results in the near future will tell the Deputy head of AP Konstantin Eliseev, who represented Ukraine, since the meeting was closed to the press. Russia to negotiate delegated Vladislav Surkov, the assistant of Vladimir Putin, who is considered the architect of the annexation of Crimea and the war in the Donbass. According to the head of the Ukrainian foreign Ministry Pavel Klimkin, with whom the website “Today” talked on the sidelines of the 10th anniversary of the Kyiv security forum, any breakthrough from the meeting should be expected.

“The agreement on this meeting was reached during conversation of the President of Ukraine with German Chancellor and French President. The main topic of conversation – the ability to put pressure on Russia and to achieve that she will carry the main issues related to the ceasefire. The second fundamental point is the steps to release the hostages. Well, the concept of the Road map. I very well remember how we sat at the Munich conference with the foreign Ministers of Germany and France and tried somehow to press Lavrov that he even started a conversation regarding the Road map. He was not ready to even begin the conversation,” – said the “Today” Pavlo Klimkin.

Still, the fact that such meetings take place, is better than no dialogue at all. In fact, according to the representative of Ukraine in the security subgroup of the Trilateral contact group Yevhen Marchuk, everything is solved on the top of the “channel level” at the level of leaders of Ukraine, Germany, France and Russia. Looks like until the end of the election campaign in Germany and France, and the United States will not define its policy toward Moscow, he placed the Minsk process on pause. The pour oil on the fire and the upcoming presidential elections in Russia. On the sidelines of the Kyiv security forum on the website “Today” asked Yevhen Marchuk, what to expect from Russia, why can’t I breed forces in the Village of Lugansk, and what scenario will go to the occupied Donbass. 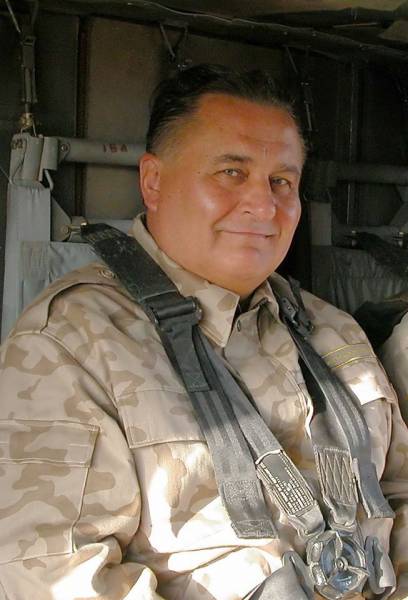 – In Minsk progidattribute diplomatic advisers “channel four” (the interview was recorded on the day of the meeting in the capital of Belarus – Ed.). What to expect?

– Minsk negotiation mechanism is a tool of the “channel four”. That is, in Minsk does not solve anything. Over the years of negotiations in Minsk not solved anything…

-Everything is decided up there?

– Of course. And understand it all in Minsk are developing technologies and mechanisms, but not macro. For example, the creation of 30-kilometer security zone, (zone – Ed.) 15 km away from heavy weapons. That’s now all forgotten, and it is the. “Tornadoes”, “Hurricanes”, “Tornadoes”, “Tochka-U”… If it all stood at the front as in 2014, while the distance of attack in the rear, more than 100 km… Some “Grads” – 70 km, “Tornado” – more “Point” – even more, so there is less tank, etc. But it’s all diluted. It is not just reserved and allotted on 30 km in General. And this is heavyweight (weapons – Ed.) I called, distance (shelling – Ed.) which is more 30-70 km, they are reserved not just for the 15 km and they are reserved on the distance your shooting. That is, if the “Point” – 130 km, they are divorced from the line of contact 130. is not just breeding, but by appropriate procedures, technology, under the supervision of the OSCE and in appropriate locations where everything is. And that’s all today “not working” is not being used on the front. That is, it (the breeding of heavy weapons – Ed.) was able to do. And this is all these mechanisms is a very complex technology, it’s very difficult occurred: the parties do not trust each other, plenty of deaths on both sides, military commanders in the heat of military conflict, to persuade them to do something very difficult. I just this one example. Because many more others have managed to do with the help of the Minsk negotiation mechanism. For example, in my subgroup on safety in addition to staff, etc., work guys topographers, sometimes called commanders from the front. Because, for example, when we agreed (this is another example) last year to breed at 1 km, the plots divided into 1 km, to make a square, two on, two out…

– Yes, last fall at the level of Minsk the negotiation groups were able to agree on the breeding of the forces at three points – Gold, Petrovsky and Stanitsa Luganskaya…

Two for two kilometers to four. Discussed how to not just stop all the fighting, but to dissolve it. What I was saying, the diversion of heavy weaponry – this does not mean the diversion of combat units. That is a terrible and heavy weapons aside, but what is people’s infantry, small arms, heavy weapons, armored vehicles, mortars are all on the forefront. So, once made the 30-km and 100-km challenge, made an attempt (it was an initiative in the Minsk group) to make these squares, where they left. That is, not only heavy weapons, and everything. Because in many places the opposing sides face each other at a distance of 700 m.

– As we know, in the Petrovsky and Gold were able to dissolve strength.

Is technologically managed to make and create mechanism, which then can be used. The front line also goes on the rivers, and easy to dissolve not always. For example, allocated a plot, gave the job to the ATO headquarters ATO headquarters – the brigade commander, the brigade commander Rota, then surveyors… They say we are unable here to move 500 m. Why? Because we depart into a valley, and there (militants – Ed.) depart (up – Ed.)… Then, who can guarantee divorce forces then need to be cleaned up. And when lit, you need to take control, so as not mined. Well, even with a dozen different questions, which are “channel four” never comes. But this procedure, when it is perfected, it remains a mechanism… now, when we identify a few others (points of divorce – Ed.) we don’t have to agonize over the mechanism. Five rounds we fought, to work out the mechanism. And now that will continue to determine other areas they basically, but they are not agreed upon (informed the representative of Ukraine in the Tripartite contact group Leonid Kuchma said that these “squares” you need a minimum of 50 – Ed.)… But now we’re not going to discuss the technology, and will only discuss the plots themselves. This is due to many things. There arises a difficult question: if lit, and there is a village, is that a grey area? And we are not interested in the grey area. We then managed with great difficulty that when we breed, the line of demarcation is not changing, it remains the same. Now these three points are no settlements. But for the future plans for their expansion. Because in all the conflicts that we know that we have studied without dilution doesn’t work.

– Why can’t I breed forces in the Village of Lugansk?

– The Village Lugansk not done why? Here, for example, the line of demarcation, it is a river Siverskiy Donets. He is not directly flows and meanders. On one side of the Village Lugansk, further – the plain bushes are different, and then the mountain of Prince Igor. We move into the plain and the village of the Luhansk for us, and we almost hit it (it is plain), and they (militants – Ed.) – rise. They have already risen. That is, they get a strategic point, not just of observation and fire. And as for the OSCE is always a problem to fix, who first broke on to determine who gives the answer is easy… But, as a rule, the OSCE in the evening, leaving areas of observations according to their mandate because it is associated with safety, they are responsible for the safety of people. And then, when darkness falls, they (OSCE – Ed.) left, and who fired the first shot? We do not shoot first. Why? Because we understand, if we start to shoot from the other side emptiness and mountain, and on the other – the Village Lugansk. That is, if we provoke, the answer is on the Village. We are not interested in any case.

– They use it, provoke (our military – Ed.). Seven days should be the regime of silence (at the point of divorce forces – Ed.). Not one day, not three, but seven. During this entire period (from the autumn of last year – Ed.) seven days of peace was not yet.

– Well, the key question. On the eve of presidential elections in Russia which leads to the recognition of passports “DNR”/”LNR”, the introduction of the ruble zone, recognition of borders, “DNR”, the seizure of enterprises? The legalization ORDO or annexation?

– To a large extent, it’s not depend on presidential elections. Because for Putin it is important, why it all began to block Ukrainian access to Europe.

– Well, there is NATO still far away… the European Union and European cooperation, etc. Because there is a war in Ukraine or what NATO we will not take. Visa-free regime has given us is still good. That is, it is (war with Russia – Ed.) will be a long time until you manage to understand after a meeting between Putin and trump, most likely in Hamburg (at the G20 summit in Hamburg in July – Ed.) on how Putin will behave. But it is evident to all, as for me, a positive for us, the consequences I do not expect, because as we can see, after Putin and his team realized that their hopes that trump will “they” (in this primitive sense), you see how Putin has acted. This is the old doctrine of Putin’s behavior, never to make any concessions on the agreement to the partner or the opponent. Simply put, Putin has never, and never made concessions under pressure.

– After all, Russia wants to legalize or to Annex ORDO?

– There are two versions. One of them is said to be creeping annexation, but not so much as the Crimean. Because besides what you said (the introduction of the ruble zone, etc. – Ed.) there still was completely operational development. There completely the structure of the FSB, GRU… moreover, this development occurred even in case of retreat. There is concentrated two corps numbering 36 thousand people and 1.5 thousand personnel of the Russians.