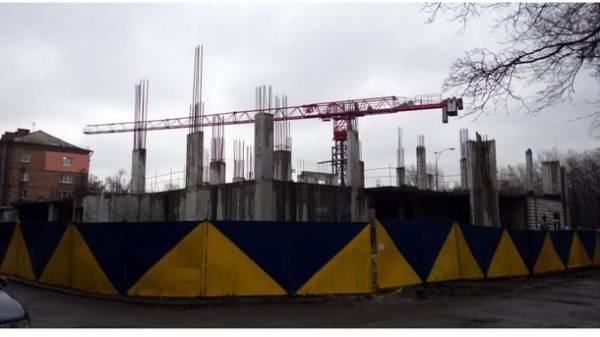 Kiev became the champion by quantity of unfinished projects. According gosstata in Ukraine about 10 thousand objects of unfinished construction, and one in ten of them located in the capital. Picturesque Kiev overgrown building skeletons that spoil the architectural and aesthetic appearance of the city.

Most of the unfinished homes – a reflection of the crisis in the primary real estate market in 2008-2010. In connection with sharp rate fluctuations of currencies, higher interest rates and a reduction in Bank mortgage lending, many developers are unable to finish the facilities that were built with borrowed money.

Some developers simply have not calculated their strength. In many cases, they have transferred money from one object to another to continue the construction works, but never completed them. History has some unfinished projects connected with building scams and fraudulent schemes.

As a result, hundreds of thousands of customers who invested in the construction of housing for years can’t get an apartment or return the money. Many consumers gave the developers all of their savings or took out a loan in foreign currency. Today defrauded investors are asking for help from the state, still hoping for compensation, or completion of construction.

Instead of modern residential complexes with high-sounding titles that are colorfully advertised on billboards, the city received a dump. Nobody cares about compliance with health standards in an abandoned construction site, the number of construction and household garbage increases, which leads to pollution and fire.

Here are just a few examples of unfinished projects in Kiev.

“Dnipro towers” at the entrance to the neighborhood residential. 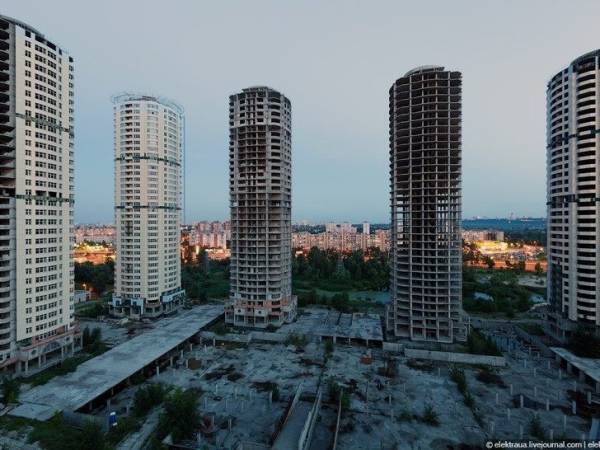 Six skyscrapers planned to be operational in 2002, but then delayed delivery for three years. In 2005, the developer went bankrupt and the construction was frozen. Then several companies have tried to build the leaning tower, as they call them citizens, but to no avail.

Has a history and unfinished on St. Helena Teligi, 25. To build LCD “Grand Park” began on the eve of the crisis in 2008. The developer planned to complete the project in 2010.

In a 25-storey building of business class near the dorohozhychi buyers offer one and two bedroom apartments. On the first floor of the facility was planned to accommodate office and retail space.

Construction stopped at the second floor level a few months later. The developer was unable to secure construction financing. The unfinished building has become a dump.

Another problem is the unfinished building on Poznyaky in the street, 13. 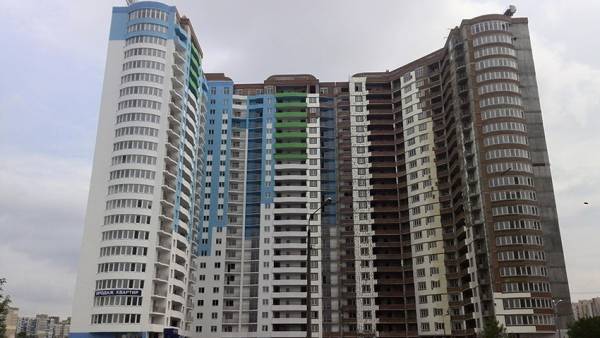 Construction began in 2007. Ten years have passed, but the fate of 22-storeys is still not defined. For completion of the project the Builder has no money. Although, all of the floors erected.

What to do with distressed unfinished? There are two options: the first is the dismantling of what is a fairly expensive process. The second is the completion of construction.

But not every developer can or even has the desire to finish and the commissioning of someone else’s unfinished. According to experts, the new developer needs to rebuild the package permits to develop a new project. This is a complex and long procedure. At every step the developer is faced with the bureaucracy. Legislative framework to regulate the issues of completion of unfinished objects is virtually absent, it is especially difficult to make the transfer of ownership to unfinished. To develop a new project, you need to carefully examine the area for construction, attracting specialized institutions. To give the market a product and sell a new home, as a rule, it is necessary to reschedule the apartment and common areas, to increase consumer confidence in the object. Because of the unfinished stretches of the negative loop. Assessing the business risks, most developers say “no”. But there are companies that are willing to take risks. Kiev knows successful examples: apartment complexes on the street Bulgakov, 13, St. Shchorsa, 26-A, St. Antonovich, 131, str 32.

How to increase the number of successfully completed unfinished projects?

Moscow developers could take in unfinished, if they were supported by state and local governments: improved sectoral legislation, implemented state program on lending to, and obtaining permits. This would motivate socially responsible developers. After all, the people of Kiev want to live in comfort and security, admiring ancient and modern architecture, not to look out the window at the ugly abandoned construction site.