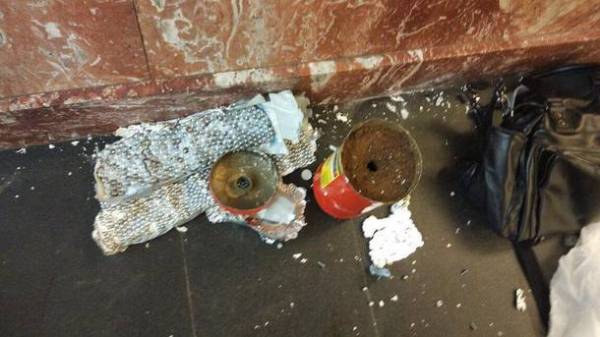 In the Internet appeared the photo of the bomb, defused at the metro station “Ploschad Vosstaniya” in St. Petersburg. The published user Alexander Belozor.

As seen in the photo, the explosive device was in a metal pot and was Packed with striking elements.

Defused the bomb in the metro Area Uprising.https://t.co/83QI6vPlRt

Later law enforcement authorities found and defused another bomb in the subway of St. Petersburg.