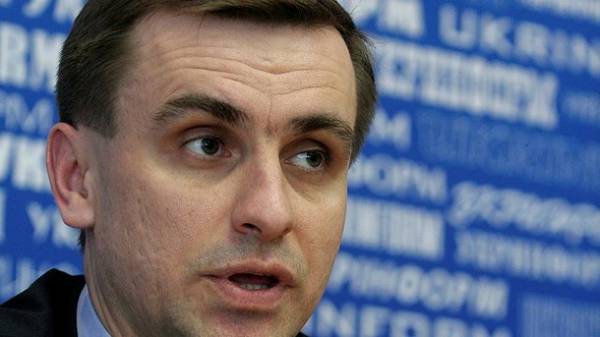 The administration of the President of Ukraine (APU) believe that the continued blockade of Donbass will significantly reduce the chances of the introduction of Western partners to the point of sanctions in the case of the so-called “nationalization” of enterprises within the occupied territory.

“What is happening in the Donbass, it is unacceptable neither for Ukraine nor for our partners”, – said the Deputy head of the presidential administration Konstantin Eliseev in interview “to Gromadsky.TV” on Tuesday evening.

Yeliseyev noted that the blockade weakens the negotiating position not only in Ukraine, but Western partners in their sanctions policy. “If you are not unlocked railway tracks in Donbas, the chances that the international community will adopt targeted sanctions as a response to a raider seizure of the Ukrainian enterprises in the Donbas, a very small,” he said.

Therefore, according to the Deputy head of the presidential administration, need to end the blockade and to show that Ukraine is a civilized state that is behaving in a constructive way.

He said that Kiev is in talks with foreign partners to take tough preventive statements regarding the inadmissibility of the intentions to seize the Ukrainian enterprises in the occupied territory.

“If in spite of these warnings are partners, it happens, to impose targeted sanctions against the Russian business or intermediaries, who will have an interest or connection with these enterprises,” – said Elisha.