If we look at the past, we see that every historical era surrounds extreme tension and bitter conflict which existed for centuries between the Muslim peoples of Central Asia and the Central government in Moscow. However, it is better to look at history, which gives us important lessons that enable to build bridges of trust and mutual respect and to form relationships on a solid Foundation of cooperation and partnership, taking into account the requirements of the changing time.

You need to be objective researchers to recognize that the Muslim people during the Russian Empire suffered a lot of injustice. They were oppressed, deprived of rights and encroach on the sovereignty and independence. In Imperial times some of the Muslim States of Central Asia were occupied, including the Emirate of Bukhara and the khanate of Kazan. The Muslim people were persecuted, destroyed any manifestations of Islamic identity, forbade the holding of religious ceremonies and stripped of their national independence. First, they joined the Russian state in the XVIII and XIX centuries, and then to the Soviet Union, along with other Muslim regions until the twentieth century.

In the Soviet era authoritarian practices included a policy of violence and repression against the Muslim peoples of Central Asia. They suffered because of their identity, and their rights were trampled and destroyed.

When we remember these dark pages of history, then we have no doubt that after the collapse of the Soviet Union, the collapse of the authoritarian regime and evidence of failure of the Marxist-Leninist theory, everything changed. Muslims heaved a sigh of relief. Muslim Nations regained many of their rights: the right to freedom, dignity, justice and to live in peace and security. Hated the Soviet era, the Muslims of Central Asia suffered all kinds of injustice and oppression behind the iron curtain, which drowned out their voices, break the will of the Muslim and other peoples in the region.

Lately, a new independent state. They have built a new relationship with Russia on a solid Foundation of trust, respect, mutual economic and political interests as well as interests in the field of security, in the framework of the cooperation agreements and in accordance with international law.

Today’s Russia is a state with considerable international weight and strength to participate in world politics. The Muslim world covers the new independent republics and the Russian Republic with a large Muslim population which makes necessary the strengthening of cooperation between Russia and the Muslim world. 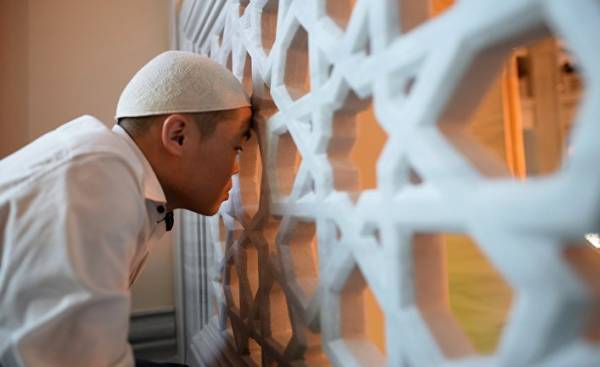 It is necessary to clarify that the Muslim world is a complex global structure that is not limited to the 57 member countries of the organization of Islamic cooperation (OIC), and includes all Muslims in the world as spiritual and cultural context is inseparable from the Muslim community.

Common interests of Russia and the Muslim world involve cooperation in various fields and strengthen relations not only in economic but also in political, scientific-technical and cultural spheres. Such cooperation is necessary in order for Russia and the Muslim countries could make a joint contribution to the maintenance of global peace and security, protection of the rights of peoples, the promotion of the principles of ethnic tolerance, dialogue among cultures, civilizations and followers of different religions. The strengthening of cooperation between Russia and the Muslim world provides the necessary climate for collaboration in the fight against terrorism in all its forms and manifestations, as well as to solve the problem of extremism, which leads to misinterpretation of religious texts and militancy, creates conflict between individuals and groups, as well as between the countries to which they belong. At the head of this is the requirement that the Russian Federation stop supporting the criminal regime of Syrian President Bashar al-Assad, who for six years had committed crimes against humanity with the support of Russia and support from Iran and his supporters.

Terrorism is a global problem that requires concerted efforts for its solution and needs to provide the necessary conditions for the development of Russian-Muslim relations in the framework of the UN Charter and relevant international declarations for the sake of prosperity and dignity for all peoples in peace and security.