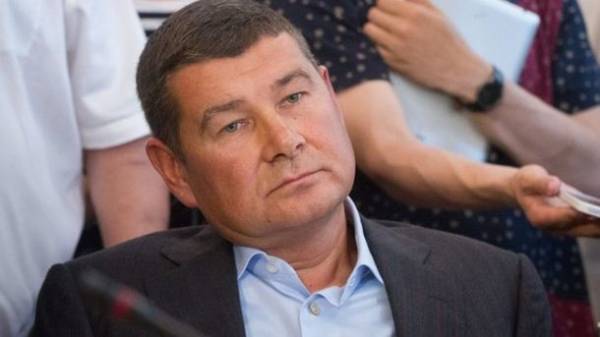 The people’s Deputy Oleksandr Onishchenko, who is wanted, commented on the detention of the head of the State fiscal service of Ukraine Roman Nasirov.

“This is the biggest failure that have made and will make NABOO. The investigation will prove nothing. Because of my relationship with Nasirovym there was no money. At the same time to arrest and detain a figure of such level – a blow to the NEB and the government as a whole,” he said.

According to him, “this discredit one person may end up discrediting the whole anti-corruption system.”

We will remind, on the eve of the NAB confirmed the arrest Nasirova in “Feofaniya” in the “gas business”. “Yes, it’s true. It (Nasirov – ed.) was detained in the investigation of the “gas case”, – have informed in a press-service of NABOO.

Meanwhile, sources close to the NAB, said that the searches that are carried out on Thursday in the GFS box and a Specialized anti-corruption Prosecutor’s office, associated with the investigation of restructuring rent payments for gas extraction companies linked to people’s Deputy Oleksandr Onishchenko.