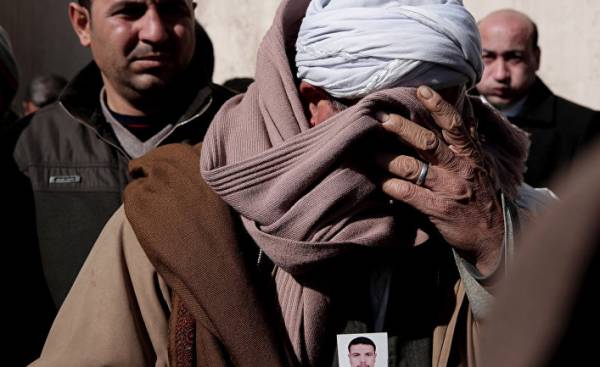 Gunmen opened fire on buses with the Coptic Christians in Egypt, killing and wounding dozens of people. The attack occurred in the province of Minya, 220 kilometres South of Cairo, when the bus went to the monastery of St. Samuel.

The militants fired on a group of Coptic Christians in Central Egypt. State media reported the deaths of at least 23 people and wounded another 25.

Reuters writes, citing medical sources and eyewitnesses that 26 persons were killed and 26 wounded.

The attack on Coptic Christians occurred in the province of Minya, 220 kilometres South of Cairo, when the bus went to the monastery of St. Samuel.

According to Al-Yawm al-Sabi, which refers to the emergency services, the Copts were heading to El-Minya from the province of Beni Suef.

The masked attackers, according to Reuters, stopped the car on the road leading to the monastery and opened fire.

The Agency said that a group of Copts travelled with two buses and a pickup truck.

Responsibility for the attack so far no one has claimed.

Recently, the Copts were repeatedly subjected to attacks by militants. Responsibility for attack was assumed banned in Russia, Britain and other countries of the grouping “Islamic state”.

As a result of two terrorist attacks in churches in Tanta and Alexandria on April 9 killed at least 46 people.

In December 2016, 25 people died in an explosion during a Church service in the Coptic Cathedral in Cairo, and in February, the militants of the “Islamic state” announced that they are planning new attacks on Copts, who make up 10% of Egypt’s population.

After the April attacks, Egyptian President Abdel Fattah al-Sisi was declared the country a state of emergency for a period of three months.

The Coptic Orthodox Church is the largest Christian community in Egypt.

Most Copts live in Egypt, but about a million Coptic Christians abroad.