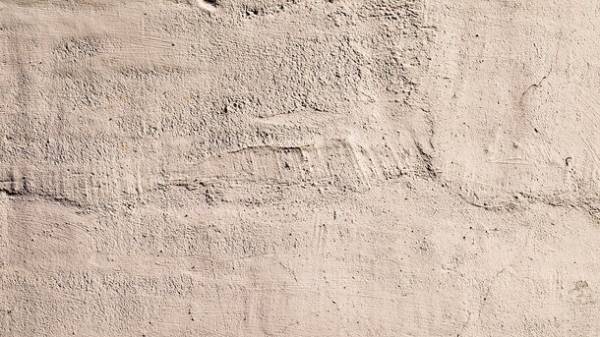 Cement sales in Ukraine for the last time steadily increasing. This is due to the increasing pace of construction in the country/ However, a growing market attracts not only honest producers and sellers. Experts warn that now there are risks of massive import to Ukraine of the Belarusian and Chinese cement is not of the best quality. writes UBR.

Thus, according to the economic Commission for Europe of the UN, the annual cement production per capita in Ukraine is still in the penultimate place in Europe with a value of 206 kg. For comparison: in Poland it is 489 kg, in Germany — 342 kg.

“Just below the UK (194 kg/person), and that is because there have traditionally been more building of other materials — stone, brick, metal, glass. But concrete structures are not so much”, — said the head of the sector of the construction Office effective regulation Elena Shulyak.

But construction costs, the UK also significantly ahead of Ukraine — 1.8 thousand EUR/person Every year our country spends on the construction of different objects (in terms of one citizen) is almost 44 euros. At the same time, Poland — for 944 euros, and Germany — almost 2.7 million euros.

Last year, the situation began to change. According to the Association “Ukrcement” for the first time in the last few years, in 2016 the construction industry showed an increase of 17.5%. In the first quarter of 2017, this trend has strengthened and the volume of construction increased by 19%.

“It is connected first of all with the construction of housing in the cities. But we expect that in the next few years, is activated not only housing construction or construction of the Mall, but also the creation of road infrastructure, industrial facilities, etc.”, — said the Executive Director of the Association “Ukrcement” Roman Skilsky.

“Earlier in the USSR good cement was considered to be 200 M, and it could only lead from early spring to late autumn. Currently Ukraine is a lot of modern brands and construction does not stop all year round”, — said the head of the Board of Directors of the Confederation of builders of Ukraine Alexander Rotov.

Untapped potential of existing furnaces for the roasting of clinker, the cement industry is estimated at 11.5 per cent, which can be added to currently produce 9 million tons. And if you run the idle furnace (works 9 of 27), the production can be immediately increased by 47.5 per cent.

British analyst cement industry Yasin Thoiry believes that in thirty years, by 2050, Ukraine can increase production of cement by 90%. “It can happen sooner. But for this you need to find the money to Finance large-scale construction projects. Ways here are just two: either to raise taxes or to attract investment,” — said Thoiry.

However, the market development may prevent the influx of imported product. In the CIS the largest cement producers — Russia, Belarus, Ukraine and Kazakhstan. Except for Belarus, all countries have approximate parity in the production and consumption of cement. Ukraine produces of 9.09 million tonnes and consumes of 9.45 million tonnes.

“Now the market is balanced. The lack of cement we will compensate from Belarus,” — said Rotov.

Belarus also produces 4.65 million tons and 3.41 tons it consumes. That is, there is a reserve of about 1.2 million tonnes which she tries to implement in the Baltic States and Europe. However, the lion’s share of their product Belarus sends Russia.

“There are serious concerns that a significant volume of exports will flow to the Ukrainian market. Russia has reduced imports of cement by almost 44%. Because growing supplies to Ukraine”, — said Roman Skilsky.

According to him, last year Ukrainian export decreased by 40% and imports grew by 41%. In comparison with the total production growth of imports is still small — just 0.45%, but, according to industry representatives, dangerous the trend.

“There are two critical threats for the Ukrainian cement market — and falsification of import. If you manage to break a situation with falsification, we will get the growth of packaged cement at 50-57%. According to the company Gfk, which is about 20-25% of the market,” said Skilsky.

Pavel Kachur said that the threat is not the import and supply of low-quality goods.

“Belarus is blocking the issuance of long-term certificates for Ukrainian cement. At the same time, we have already identified 3 fake certificate of conformity of the Belarusian product, which the Ministry already canceled. However, one of the certification centers again issuing the certificates with violations, which eliminates the possibility of accidental mistakes,” — said Pavel Kachur.

Judging by the proposals of the Ukrainian traders, the prices of packaged Belarusian cement vary within the same ranges as on the domestic product: 1900-2300 UAH/t at the price in Ukrainian 1800-2200 UAH/t (M 500).

However, changing working conditions for our enterprises, for example, increase of railway tariffs by 22%, as he wants “Ukrzaliznytsya”, can disrupt this balance.

In the medium term there is a risk of increasing exports of cement from China. As you know, this country is now experiencing a slowdown in its economy, and experts do not exclude that, as well as Belarus, China will begin to export surplus products abroad.

The collapse of the Ukrainian industry is accelerating
“This year, this turn of events is unlikely, but if that happens, then China can change the whole picture of the supply of cement to many countries of the world,” says Yasin Thoiry.