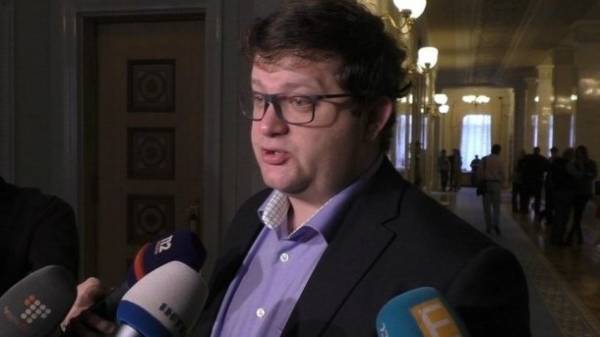 Group of people’s deputies of Ukraine prepared the draft law on amendments to the criminal procedure code, which abolished the possibility of electing persons suspected of acts of corruption in especially large sizes, measures of restraint in the form of bail instead of detention.

“Quickly prepared a bill to repeal in the criminal procedure code bail on charges of bribery, illicit enrichment and bribery at least in the first 60 days. All about extra large sizes to in jail is not closed teachers for 200 UAH”, – said one of the authors of the bill, the head of the Ukrainian delegation to PACE Vladimir Aryev (fraction “Block of Petro Poroshenko”).

The MP stressed that this bill is drafted in line with international practice and is not contrary to the decision of the ECHR because it contains a measure of restraint on suspicion of corruption, rather than economic crimes.

Earlier, Prosecutor General Yuriy Lutsenko said that he was surprised by the decision of the Pechersk district court of Kyiv, which is already released two detained ex-tax from custody, changing it a measure of restraint.

As reported, on may 24, the chief military Prosecutor of Ukraine Anatoly Matios, jointly with the Minister of internal Affairs Arsen Avakov a briefing in Kyiv said the security forces conduct large-scale anti-corruption operation. In particular, more than 1 thousand 700 police officers and about 500 military prosecutors conducted 454 search in 15 regions of Ukraine, with a simultaneous arrest of several individuals. the result was arrested 23 ex-official.