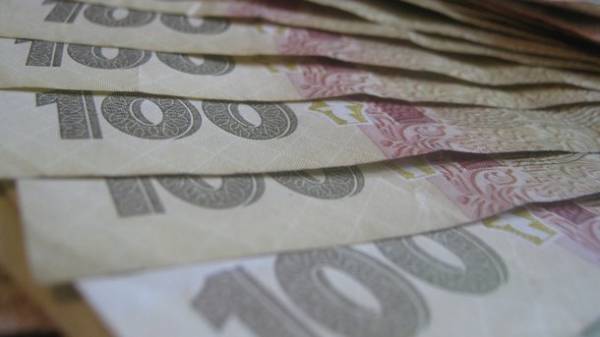 In Ukraine during the crisis of 2014-2015 has frozen social standards. As a result of Russian aggression, the Ukrainian economy has lost a fifth of GDP and thousands of jobs. The minimum wage did not grow, and in the private sector the average wage over the same period, according to the state statistics service, increased by only 11.6%, while the inflation rate was 68.2%. This year, as stated by Prime Minister Vladimir Groisman, wage growth outstripped the pace of rising prices, and the welfare of Ukrainians improved. The website “Today” found out when the “rich” Ukrainians and managed to return wages to pre-crisis levels.

How to change the incomes of Ukrainians

In 2013 the average salary in Ukraine reached UAH 3619, with prices in the same year, grew by only 0.5%. As a result of Russian aggression in 2014, inflation soared to 24.9%, and the indexing of the minimum wage the government had to freeze. Since cumulative (total over four years) inflation rate reached almost 100%, says the Executive Director of the International Fund blazer Oleg Ustenko.

Now the Ukrainians, according to the state statistics, earn an average of seven thousand UAH. For the past four years, average wages grew by nearly 68% and the minimum was 132%. “We are now on the level of real wages at the 2013 level. But it’s very conditional. We take only inflation index and do not consider other parameters, for example, the exchange rate,” – says Oleg Ustenko. 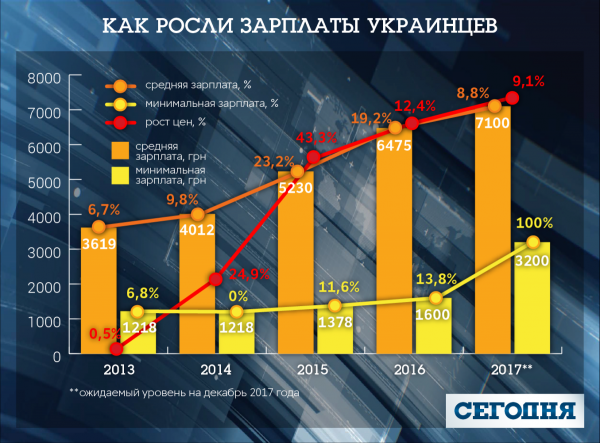 If you rely only on the inflation rate, the welfare of Ukrainians have already returned to pre-crisis levels. However, many Ukrainians still count their income in dollars and feel “disadvantaged,” says the HR expert “rabotayu” Tatyana Pashkina. Thus, the average Ukrainians would like to earn 20% more than offered by employers.

To the dollar tied to the price of imported vehicles, cars, apartments on the secondary market, tickets, etc.. For example, in 2013 the Ukrainians in the average salary could buy $ 440, but at the moment the average salary in dollars – $ 253.

“Not quite right to watch on dollar index. But it can be one of the landmarks of real wages. The question is, how much do you now and then you can buy goods and services for his salary. The dollar is also like a product that you can buy for your salary”, – says Oleg Ustenko.

“Not quite right to watch on dollar index. But it can be one of the landmarks of real wages. The question is, how much do you now and then you can buy goods and services for his salary. The dollar is also like a product that you can buy for your salary”, – says Oleg Ustenko. 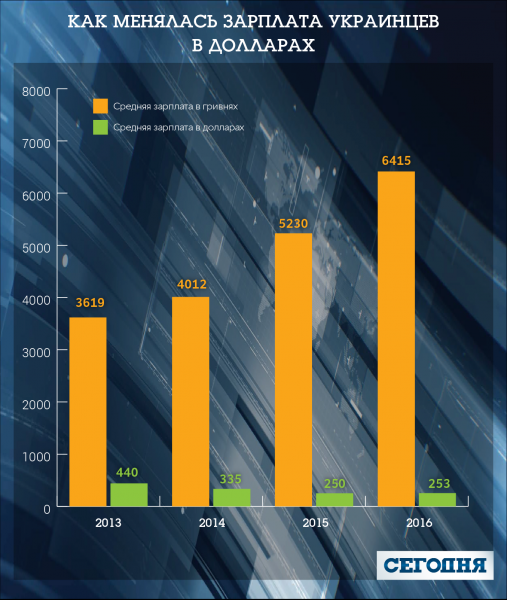 Salary, taking into account its purchasing power should be considered in real terms, i.e. adjusted for inflation, but not in dollars, said a senior analyst “Alpari” Vadim Iosub. “A fixed dollar amount if you decide to spend in Europe now, or would spend it there in the beginning of the year, would have had a completely different purchasing power. Also, try to compare what you can buy, for example, $ 1,000 in Ukraine now, 10 years ago and 20 years ago. Immediately after the collapse of the Union of foreign currency was greatly overvalued, and in the amount of $ 50 could live for a month” – said the expert.

When I become richer 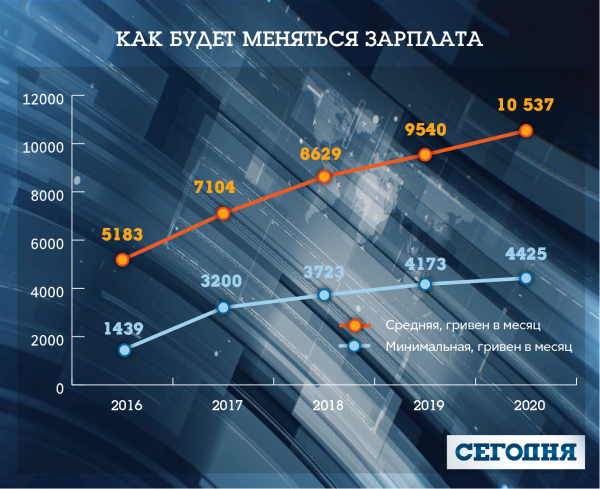 And to catch up with the pre-crisis level of wages in dollars, said Oleg Ustenko, is expected to grow GDP in dollar terms. “In 2013 the average GDP in dollars was $ 170 billion, and now 100 billion,” – said the expert.

According to the International Bleyzer Foundation, on average, the GDP of Ukraine in the U.S. currency is expected to grow by 75%, then the average level in the country of salaries could reach pre-crisis $ 450. And there is not enough without structural reforms, reducing administrative pressure on business, creation of favorable investment climate and the system of fight against corruption. Read more about how Ukraine could “catch up” with the European economy, can be read here.

By the way, this year, according to the IMF, Ukraine’s GDP will grow by 2%. “A pace to return to pre-crisis levels, we will need dozens of years. We need to grow at least 5% of GDP per year, but better – ten years China grew by 10% of GDP, then every five years to double its economy”, – said Oleg Ustenko.

At the same time, the analyst Vadim Iosub calculated that real wages adjusted for inflation at the moment is lagging behind by 14.7% from the 2013 level. “We need the growth in the average real wage from the current level 14.7 percent to return to the level of welfare 2013. The increase in real wages at this magnitude is a challenge for the economy. This requires a comparable growth of GDP and productivity. According to the most optimistic estimates, such growth can be achieved within three years, if each year real wages will grow at about 5%”, – says the expert.