France on Sunday held a second round of parliamentary elections. Polling stations will open at 8:00 local time and will work until 18:00. However, in some large cities the work of polling stations may last until 20:00.

The party of the President of France Emmanuel Makron “Go Republic!” and her allies during the first round of parliamentary elections, which took place a week ago, took the lead and got 32% of votes. On the second place – right party the Republicans (21%). This is followed by the Alliance “Unconquered France” with the Communists (of 13.74%). Fourth place was taken by right-wing “national front” (13.2 per cent). The French socialists and their allies got only 9.5%.

However, despite the strong leadership of the party of the French President in the first round, government spokesman Christoph Kastner urged not to jump the gun and wait for the results of the second round.

“Nothing has been decided, elections are held in two rounds,” he said in the first round of parliamentary elections.

One of the features of the first round was a record low turnout (50,2%). Many politicians urged voters not to ignore the second round. In particular, the leader of the far-right party “national front” marine Le Pen after the first round urged “all patriots to come to the polls on Sunday”.

Meanwhile, according to the survey, more than half of the French (52%) are dissatisfied with the results of the first round.

According to the forecasts of the TV channel BFM-TV, the presidential party can obtain from 415 to 445 seats in the National Assembly of 577. Meanwhile, the results of the Thursday poll shows that 61% of respondents expect that the party of the President of France is still the second round will receive less than the expected majority.

The national Assembly – the lower house of the French Parliament. Deputies it elected in the General election for a term of five years. 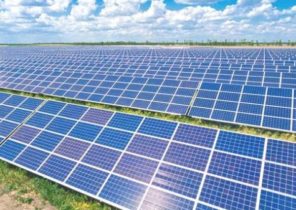