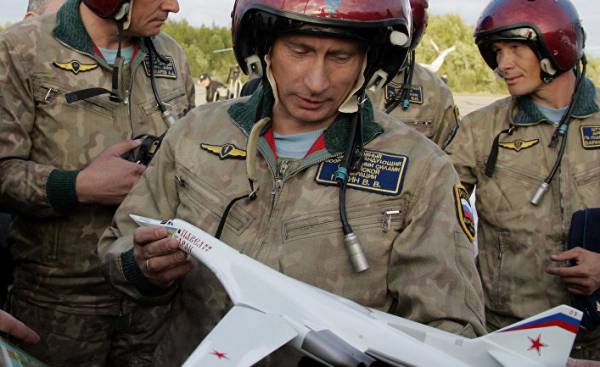 As Mr. Ochiai notes in his book “America will disappear,” published last fall, Putin is a man who can’t live without wars.

In 2014, Putin stole the Crimea and started the war with Ukraine. Moreover, he invaded Syria under the pretext of protecting Assad from the “Islamic state” (banned in Russia — approx. ed.). This man considers himself the Supreme ruler of the world.

There are veroyatnosti that American missile strikes will lead to the Russian-American confrontation in Syria. With regard to Putin and trump not have sincerity, there is even the danger that the conflict will turn into a full-scale war.

In a speech the year before, William Perry (William Perry), who served as Minister of defense in the Clinton administration, said: “it is likely that between the US and Russia nuclear war will break out”. Now the words of Perry began to sound more realistic.

Putin himself came face to face with the terrorist threat from ISIS. The attack in the St. Petersburg metro, carried out 3 April, shocked Putin. The explosion occurred when the Russian leader was in St. Petersburg. The suspect — a citizen of Kyrgyzstan. It is assumed that it is associated with the “Islamic state”.

In Russia now many young people are exposed to the influence of the IG. In Syria and other countries they are in contact with ISIS, taught the preparation of terrorist acts and return home. There are many disgruntled elements with bombs in their hands. Most likely in Russia again attacks such as St. Petersburg.

The economy has stalled, people are frightened by the terror. Putin may start a war to get away from criticism. Now the world is moving in the direction of the various regional wars.