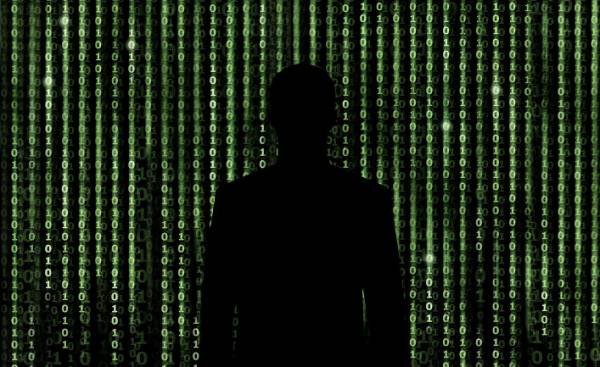 That’s really great — or really awful? Here’s a question that will certainly arise in a person caught in the Internet archive. Here, in a monumental building in the neoclassical style in the North of San Francisco, which until 2009 belonged to the Fourth Church of Christ “dwells” is one of the most ambitious projects in the history of mankind: it must be crazy in scale “collection” of knowledge, Alexandria digital library, available to any interested person at any time of the day or night.

In the room where the early services were held, are religious relics, and hundreds of ceramic figures at approximately a meter in height. Inside them there are no candles, but there are huge servers. On stands no more Psalms, and the decimal places of PI. This is truly a wonderful metaphor: technology in our time has become a real religion!

The Internet Archive currently contains 30 petabytes of information, which corresponds to 300 billions of web sites billions of 12 books, four million bases of audio, 3.3 million movies, 1.5 million photographs and 170 thousands of programs. Public organization wants to become not just a “memory” of the Internet and to preserve, if possible, the maximum number of versions of all web sites in the world, but also to make publicly accessible digital versions of books, songs and movies.

“Millions of people have spent a lot of time and effort to share with others what we know as the Internet. We want to create a library for this new platform for publications,” said the founder of Internet Archive Brewster Kahle (Brewster Kahle), a bit like the eccentric Professor from the movie “independence Day”, which, however, emphasizes the steepness. 25 years ago he developed a search engine and sold it then the provider is AOL, and its online service Alexa in 1999 was acquired by Amazon for $ 250 million. For 20 years he runs the library, an ambitious goal which can be formulated five words: “universal access to all knowledge”.

Get into the virtual library can be anyone at archive.org and its “heart” is the Wayback Machine, which will allow you to take a digital journey to the past and to be once again in 1996. The task of the library is to permanent “wool” the whole Internet and at least every two months to archive the last version of each of the 300 billion sites.

The most popular version of Calais developed an online ranking Alexa, the sites are backed up several times a day. So, the visitor can discover here how the version page New York Times, released 11 September 2001, and some funny page friend at work, dedicated to the football season 2001-2002, which he himself has long been erased. It is a bit like digging in the closet, where it is still stored someone’s favorite records.

One hundred employees and thousands of volunteers

Speaking of records. In this archive you can find, for example, a live recording of the concert of the rock band the Grateful Dead, which she gave in 1971 at the concert hall Hollywood Palladium. As well as a video made by the crew of the spacecraft “Apollo” at the moment of sunrise over the Earth. As well as a series of radio drama “the New adventures of Nero Wolfe” in 1950. Or the script of the film “Casablanca.” Or a picture of Marilyn Monroe. Or computer games like The Oregon Trail, a 64-bit simulation Winter Games or the favorite of all teenagers of the 1980-ies of card game Strip Poker 2 Plus Amiga from the company.

He who does not believe that it’s cool. Or was born after 2000, or the greater part of his life spent in a wooden box. It is not excluded that someone can spend three consecutive days and three nights, constantly “clicking” on the links that you will find in the library and explain that is engaged in an important quest, and that the same daily deal, another 500 thousand people. Digital library is among the 300 most visited web pages in the world, and for its “content,” meet about one hundred employees and thousands of volunteers. Recently the collection was enriched, for example, the Hillbilly music of the 1970-ies.

Of course, many will not fail to ask: why the Internet Archive? Whom, in fact, may be of interest to the web page of bygone days? Is it really someone we need all these stupid “cat videos”. Isn’t that one of the reasons why social network Snap is now estimated at 24 billion dollars, because its contents is not saved?

The archive fights, particularly against the hegemony of Google

Hearing these questions, Kale smiles. He considers himself the heir of the Pharaoh Ptolemy III, who once sought to fill his father founded the library of Alexandria the greatest number of manuscripts, whether on the works of Sophocles or Euripides or bills confiscated from the ship owners or stories about travelling to distant countries.

“We don’t know what can be important when people of the future will assess our present. Someone Amateur video or photograph can tell as much as a novel. We want to know everything — absolutely everything,” said Kale and pointed to the servers: “Each time they blink, here something is loaded or downloaded here.” And flash these servers so often, if there is a real meteor shower.

Kale goes to his office, where everywhere you can see beautiful artifacts like toys Game Boy first generation or original edition of a classic video game Duke Nuke’em. His staff just celebrated the release of a new program for Macintosh or say that some of their colleague in Hong Kong is going to digitize Asian TV shows.

The archive is fighting against or that the information was forgotten, as well as opposed to full hegemony in the field of information storage became Google. The archive should be a “reflection” of the entire world wide web unfiltered and unbroken. So, for example, the leader of the separatists in the East of Ukraine Igor Girkin 17 Jul 2014 wrote on his page in Russian social network Vkontakte: “We have just shot down a plane An-26.

We warned that they do not fly in our airspace. This Bird fell on a mountain of garbage, we have video evidence”. When it became known that we are not talking about a military plane and a passenger plane Malaysia Airlines, Girkin erased the record. And this record would have disappeared forever if the employees of the Internet Archive, in a timely manner not did the screenshot.

However, the library is of interest not only for historians but also for forensics. Thus, in particular, the staff has already received several requests from the FBI. This also is clear: there is a conflict between the right to information and the right to oblivion. After all, if you dig deeper into the archive, you can find pictures from your own wild student parties, although it would seem that they had been irretrievably lost. Or, for example, wedding photos of friends who have long been divorced and thought that all their memories spent together on the mountains also erased forever. Or, for example, entries in the “guest books” sites that have long ceased to exist.

The Internet is what it is

“Every day we get new e-mails with requests something to remove. And, of course, we’re going to meet these wishes,” said Kale. However, those who do not know what is stored in the library, I can’t complain. And those who have enough time to check what you have maintained digital library about certain people? Nowadays information has become very valuable currency. Kale does not argue with that, but that’s why he believes the Internet Archive, a giant library, the contents of which must not fall into the power of multi-billion dollar corporations, and must remain available to hundreds of millions of ordinary users.

Kale believes the Internet Archive (and during our visit we have seen this) not only a “great thing.” In his opinion, it would be very sad if it was not. This public organization funded through donations and has a budget only slightly more than ten million dollars, reflects, in his view, the Internet the way it is actually. Unless we do not complain constantly that Internet giants like Google, Amazon, Apple, Facebook or Microsoft usurped access to information? And isn’t it wonderful that there is such a digital library whose aim is not to earn more money, but simply to preserve as much information as possible?

So many believe what is happening now in the former Church in San Francisco is just beautiful. Along with the lack of money, what is suffering, perhaps every library in the world, Calais is only one concern: “Almost all libraries in the world sooner or later became victims of those in power. This is not a political statement, just a statement of fact. If people in Alexandria have made copies of manuscripts before the library was destroyed, we might have had a chance to read Aristotle in the original.”

Therefore, the Internet Archive has multiplied each database and distributed all over the world. Version of the archive is in Richmond, California, Amsterdam, and soon a similar version will appear in Canada. And is there another copy of this data is really so new the library of Alexandria.