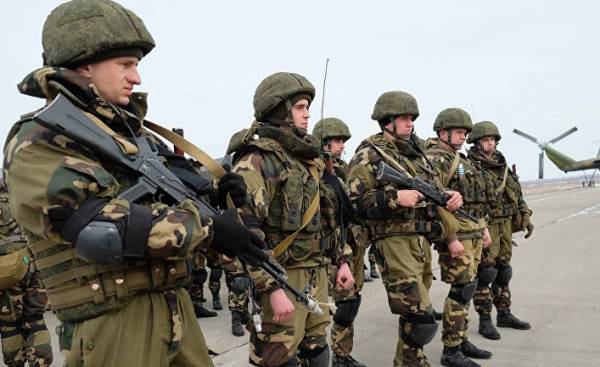 The Belarusian community there remain concerns about the planned for the autumn joint military exercises “West-2017”. First of all, in terms of the number scheduled to be transported to the territory of Belarus of Russian troops and weapons.

“Many are afraid, not that they (troops) will arrive, and whether all leave. This question arises not only from the opposition, not only among citizens, but, I believe, and Alexander Lukashenko, who looks concerned” — quoted Delfi the Chairman of the United civil party Anatoly Lebedko at a meeting in the Lithuanian Seimas on 27 February.

Maybe it is, but while chatting with journalists on 3 February in Minsk, Belarusian President vigorously denied suggestions of some experts and analysts that Russia is going to invade our country during the exercises “West-2017”:

“If someone thinks that several thousand cars loaded and we invade, Russia introduces its forces here, — don’t be naive. What, Russia is already trippin ‘ and not able to fight? How can you fight on railway platforms? What are the troops here introduced, they move out and go… Everything is under control”.

Lukashenko about the possibility of aggression from Russia: do they trippin’?

In the same spirit later spoke with the Minister of defence, Lieutenant General Andrey Ravkov in an interview to “SB. Belarus today”. According to him, the redeployment of a significant amount of military equipment in our country to participate in the maneuvers “West-2017” is not a threat to sovereignty “by definition”.

“The idea of teaching, the areas of the meeting, the number of personnel and military equipment, participating from Russia, — all this is developed and agreed with the Belarusian side. All troop movements are also controlled by us,” explained Still.

He also stressed that the exercises do not pose a threat for Western countries, because they have a defensive nature.

However, the official statements did not become a weighty argument for the part of concerned citizens of Belarus. And not only for them.

According to the same Delfi, intelligence Lithuania considers the doctrine “the West-2017” the main challenge of national security in the current year. They believe in the past teachings of the “West” has practiced the occupation of the southern part of Lithuania, and a lock of Suvalki corridor is the only land route connecting the Baltic countries with other NATO States.

To soothe yourself, other Belarusians, and Lithuanians and poles and Ukrainians (who are also concerned about the exercises “West-2017”), try to estimate the number of Russian troops and military equipment, subject to the relocation to our country during the autumn manoeuvres.

Some time ago Moscow’s “Novaya Gazeta” quoted the official response of the Russian defense Ministry at the request of the editorial staff concerning the unusually large number of cars planned to transport troops to Belarus in the exercises “West-2017”.

Of the military it follows that the approximate volume of military rail transportation in the framework of these teachings will be about 4 thousand cars (2 million cars in a location of 2 million cars — back).

The Ministry of defence of the Russian Federation stressed that it is commensurate with the volume of traffic in the framework of carried out on the territory of Belarus exercises of previous years: “the West-2009” — more than 6 thousand cars, “West-2013” — almost 2,5 thousand cars (presumably, this is also the total number: there and back again). Another thing is that to a special resolution 2015 data on financing of transportations on the Belarusian-Russian military exercises were not published on the procurement website.

Why Russian army and four thousand wagons for transport to Belarus?

In September 2009, the influential Polish Gazeta Wyborcza published data on the extent of the Belarusian-Russian military exercises “West-2009”, calling them unprecedented in scope: more than 15 thousand soldiers (of which 6 thousand Russian), 228 470 tanks and armored vehicles (which, of course, not everyone was Belarussian).

In 2013, the newspaper “Belarusians and market” the author of these lines published information (and refuted) about the total number of personnel participating in the exercises “West-2013” on the territory of Belarus: 12.9 thousand troops (from Belarus, a little over 10 thousand, from Russia — about 2.5 thousand), 350 armoured vehicles (including about 70 tanks), over 50 pieces of artillery and jet systems of volley fire from both sides.

Simple calculations show that in 2009, and in 2013 for the supply and abduction of each of the thousands of Russian soldiers with all their equipment and various supplies needed 500 cars there and the same back.

There is every reason to believe that since combat equipment and logistical support units of the Russian army have not changed much. So it is logical to use the ratio defined above for the exercise “Zapad-2017”. Which means that from Russia to Belarus will arrive (and leave) 4 thousand soldiers and officers. About half a brigade.

Against the “polite people” in Belarus there are special operations forces

Agree that this amount is clearly not enough to occupy a medium size European country like Belarus. Furthermore, its citizens and leadership have the desire and the ability not to be occupied.

For comparison: in the Russian black sea fleet in Crimea (which is a territory eight times smaller than Belarus) in 2014, there were about 20 thousand people (including special forces and Marines). In addition, a significant part of the local population was Pro-Russian, and the Ukrainian leadership overawed by the politeness of “little green men”. 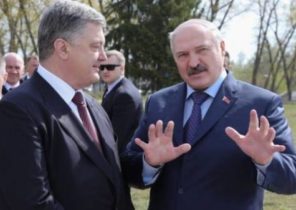