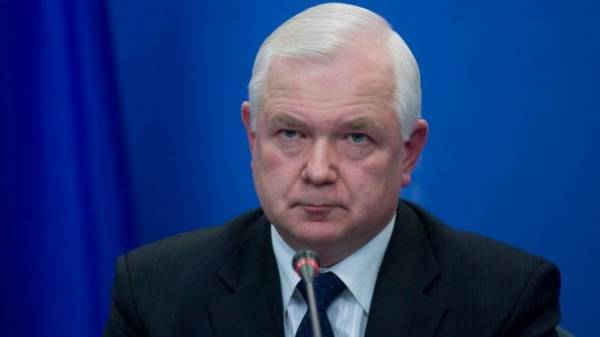 The main mistake of the British secret service that they did not track the training of terrorist cells in Britain to the terrorist attack in Manchester. This opinion was expressed in the comment “observer” former head of foreign intelligence service of Ukraine Mykola Malomuzh.

“I think it is a defect not only police but also intelligence. They knew about the very difficult operating environment in the UK, and in particular in Manchester, as British and American intelligence agencies recently began a large-scale operation against terrorist organizations – police work, military work, etc”, – said Malomuzh.

In his opinion, the most important moment in the failure of British intelligence – not worked on the pre-emption of a terrorist attack, taking into the treatment of terrorists in Britain.

“This is the first stage of nasrabadi, the most important. Because the mass of 20 thousand people is very difficult to detect a terrorist who has explosives that was undetectable by the detectors, but had to provide such opportunity. I know the security system of the UK – there are all the necessary technical means of control possible terrorists. Accordingly, it is a defect of intelligence, primarily intelligence MI5. They had to identify the terrorist cell that was preparing a terrorist attack – sought varastettu, working out the routes, agreed. This component would have to be a priority for the secret services of Britain,” said the ex-scout.

He added that while the police were clearly in control of all the citizens who moved to the arena, especially young people not to give to place explosives to commit a terrorist attack.