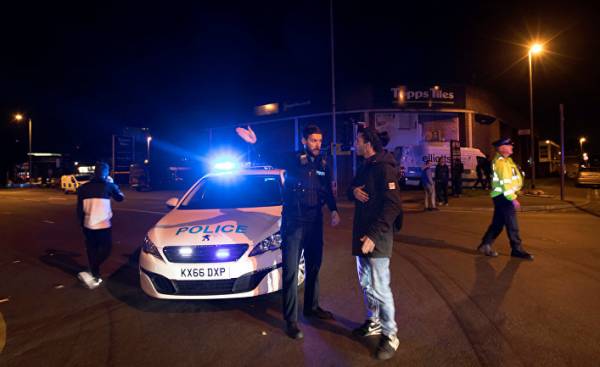 On Monday evening at a pop-concert in Central Manchester, an explosion occurred. The police considers the incident as a terrorist attack and reports, at least 19 dead and 50 wounded (according to the latest data, 22 people are killed, about 60 injured — approx. ed.).

The explosion occurred after 22:30, when in the hall “Manchester-arena” ended with the concert of American pop singer Ariana Grande.

Russian service Bi-bi-si has collected the stories of several witnesses of the incident.

“We have heard the last song, and suddenly a big flash, and then a sharp blow and smoke. I felt pain in my leg and foot. I turned to the wife who was there, and she said, “I need to lie down”. She has a wound in the stomach, and possible broken legs. In my leg for such a small hole, go a little shrapnel hit. It’s amazing how easy I got off”.

“My sister and I along with many other people were at the concert Ariana Grande in “Manchester-arena”. When we all went to the door, from the hall came a loud sound, like an explosion. All panicked. We ran to the exit. It was a single explosion on the other side of the arena, and people from where it came, all ran in our direction, trying to get out. The exit was blocked, and people just began to run and look for just any exit, as quickly as possible to get out.”

“I was in the bathroom and I heard this loud “boom!”. Immediately after the concert, when people began to disperse. It echoed through the lobby, and immediately ran people. I’ve seen people screamed and ran in one direction, and then many stayed and started to run back. Together with the audience on the street ran out of guards.”

Tyler, the bartender from the club next

“There were a few people in panic, in complete disarray… a Man was lying on the floor, his whole leg was covered in blood and the woman, her half face was covered with blood… We heard something, but do not understand exactly what it was — like thunder… one girl had a panic attack, and near the other was sobbing, and the woman, she had a heart attack. There was generally full of teenagers, all crying”.

“Ariana Grande just stopped singing on the last song, as there was a loud “boom”. I immediately ran, instinctively. We only stopped in the hallway, is stymied. It was a real nightmare. When I found the main exit, there were weeping people. Even at the hotel everyone was crying and calling on the phone.”

Immediately after news of the explosion hit the Twitter, the local people began to offer to those who can’t leave town, spend the night at their house.

Twitter has been published dozens of such proposals, they came just 15 minutes after the first news about the accident.