The introduction of martial law entails the application of Russia to declare to Ukraine war. This broadcast “112 Ukraine”, said MP of Ukraine Anton Gerashchenko.

“If to impose martial law, Putin said that Ukraine declared war on Russia. I for to declare martial law, but subject to that we will have more tanks, guns, and money for equipment. If this does not happen, then call it a military position without changing the logistical side makes no sense “, – said Gerashchenko.

But the Deputy noted that on the territory of military operations, it would be advisable to declare a state of emergency.

“There is another legal way is to declare a state of emergency in the occupied and adjacent to the war zone territories. It is justified and reasonable. In fact, there is a state of emergency in the spring of 2014. As for the speculation about “martial law”, I repeat, the title “martial law” will not help us to get more tanks, guns, and money in the budget, ” he said.

Earlier the Minister of foreign Affairs Pavlo Klimkin stated that martial law can be imposed in case of deterioration of the situation on the front. He noted that some countries at war can dispense with martial law.

Recall, February 3, AP Deputy Konstantin Eliseev said that the question of introducing martial law is not yet being discussed. 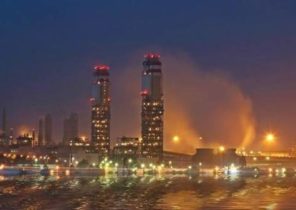