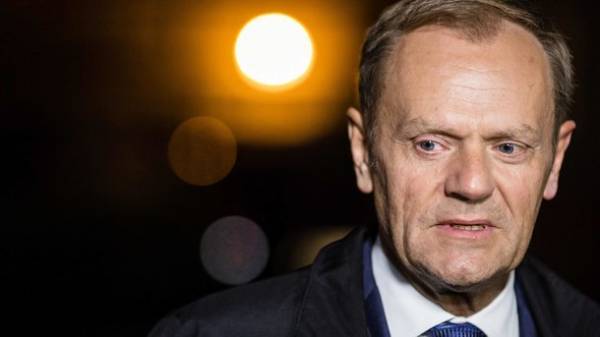 The President of the European Council and former Prime Minister of Poland Donald Tusk puts himself above the law, refusing the arrival in Poland for a hearing as a witness in one of the “Smolensk” cases. This was stated by the leader of the ruling party “law and Justice” (PiS) Jaroslaw Kaczynski, reports “UKRINFORM”.

The post Tusk provides for the granting of immunity from various legal cases. According to him, he will use this right if it is to assume that he “deliberately used the case to complicate or make impossible execution of the tasks of the President of the European Council”.

As reported, the national Prosecutor’s office of Poland 5 July is the current President of the European Council, the Vice-Prime Minister of Poland Donald Tusk for questioning within the framework of the Smolensk investigation. We are talking about the failure of the Polish experts to the forensic examinations of the victims of the Smolensk disaster, which was held in Russia.

Tusk has recently been summoned to the Polish Prosecutor’s office. In particular, on 19 April, it is over nine hours gave testimony to the Warsaw district Prosecutor’s office on the case about excess of powers by the management Service, the military counterintelligence RP due to the establishment of cooperation with the service of another state without the necessary consent of the Chairman of the Council of Ministers and evaluation of the Minister of national defence.