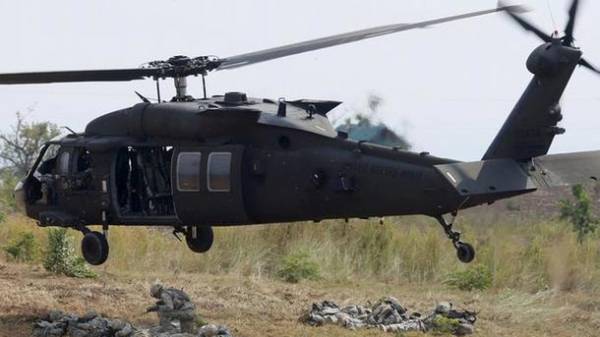 The United States will sell armed forces of Saudi Arabia 150 of a Blackhawk helicopter Lockheed Martin Corporation. As Deutsche Welle reports, this includes one of the bilateral agreements signed today during the visit of the American President Donald trump in the Kingdom of Saudi Arabia.

The terms of the contract provide for the Assembly American helicopters at the facilities of Saudi enterprises. Thanks to an agreement on $ 6 billion in Saudi Arabia will create almost 450 jobs.

At the same time, another American Corporation – technology giant General Electric (GE) signed contracts with Saudi Arabia totaling $ 15 billion. These agreements, which provide for, among other things, also the supply of technology and equipment in the amount of $ 7 billion, should help the Kingdom to diversify the economy and make it more independent from the extraction and export of oil, said the American Corporation. Facilities covered by agreements industries is quite wide – from oil & gas to power generation and medicine.

In addition, it was also signed several memoranda of understanding providing for further deepening of cooperation between enterprises of Saudi Arabia and GE.

As reported, on may 20 between Saudi Arabia and the United States signed a package of agreements for a total amount of 280 billion. The signing occurred in Riyadh in the presence of the President of trump and king Salman bin Abdulaziz al Saud.

In Ukraine, the growing turnover of retail trade