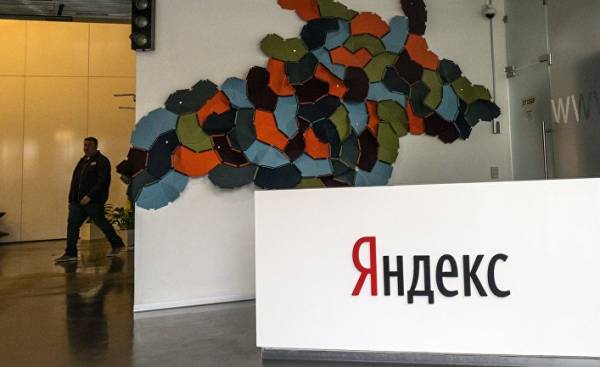 When the Ukrainian government decided to ban the Russian Internet services such as search engine Yandex and social network Vkontakte, it looked like another example of the tendency of Ukraine to emulate the worst Russian habits and actions, although she is talking about the fact that he became a member of the European community. But this prohibition is an integral part of reaching in the West the debate about whether such platform media companies or impartial mediators.

Supported by Russia separatist rebellion in Eastern Ukraine continues, and annexed Crimea have become increasingly fused with Russia. In these circumstances Kiev bans Russian TV channels, stops air traffic between the two countries and outlaws of services, transfer of funds, used by millions of Ukrainian migrants working in Russia and sending money to their families. But Internet services appeared in the list of prohibitions for the first time.

VKontakte is a clone of Facebook, where a lot of pirated content such as music and movies. And Yandex is a Russian search engine number one. They have a huge audience. In April, the network Vkontakte was visited by 13 million Ukrainians, which makes it the country’s third most popular website after Google and YouTube. Yandex was used by 11 million people and its share in the Ukrainian search traffic approaching one third. Google also controls a large part of the market. Ukrainian President Petro Poroshenko banned not only these market leaders and popular free email service mail.ru but Russian software for accounting, the market share of which in Ukraine is close to 25%, as well as two Russian anti-virus system including virus.

Moscow officials have not stinted on comments about this decision. “Interlocking mass popular resource, you discredit the government, since it shows that the decision power is unrealistic, it can be avoided,” — said Deputy Minister of communications Alexey Volin, a well-known fact that he often advocates the blocking of websites in Russia. Moscow has closed access to the resource is LinkedIn, because this company refused to place their servers in Russia in accordance with the recently enacted data protection act. Rumor has it that the popular messaging app Telegram will be the next because he doesn’t share with the authorities any data. The regime of President Vladimir Putin, who taught millions of people to use anonymizers and virtual private networks, definitely no right lecturing the neighbors about the senseless prohibitions on the Internet.

But even in the Ukraine, Mr. Poroshenko’s decision has caused a stir and amazement. First, EU countries not to block Internet resources, and Ukraine wants to join the EU. Similarities with the Russian methods is also of concern, and many ask the question about what Ukraine is different from Russia, if she has resorted to the same methods. “A great club” dryly commented on the incident chief editor of the popular Ukraine online publication “Ukrainian truth” Sevgili Musayev, listing other countries that restrict access to social networks: Russia, Myanmar, Vietnam, Tunisia, Syria, Iran, Saudi Arabia, China, North Korea.

The Ukrainian ban unlikely to harm the Russian companies. This market is so poor that Google and Mail.Ru Group, which owns the foreign exchanges services, Vkontakte and Mail.Ru in one voice declared that Kiev’s decision will not affect their forward-looking statements of profit and loss. But Ukrainian users in their digital life have to navigate to other sites will suffer more.

Supporters of this measure argue that it is not a violation of freedom of speech. “Today, anyone can go to the house of the President and paint his fence obscene language, — wrote the MP Serhiy Vysotsky. — Pressure on freedom of speech so awful that the state-funded public television investigates commercial activity of the President and the top leadership of the country.”

In fact, even if Ukraine finds a way to block Russian Internet services (it service providers often do not have the funds, and even the “Great Chinese firewall” can be bypassed), the Ukrainians will still be able to speak freely on other platforms. For example, nobody forbids Facebook, Twitter, Instagram and YouTube, although Ukraine, like Russia, throws people in jail for posting material which the courts recognise as extremist.

It is interesting to know the motivation of Poroshenko. In his message on the page of Vkontakte, the President wrote: “the Hybrid war requires adequate responses to the challenges. Therefore, in order to influence the opponents and counter-propaganda my team used some pages in Russian social networks. But the massive cyber attack of the Russian Federation around the world, in particular the recent intervention in the election campaign in France, indicate that it is time to act differently and more decisively.”

It turns out that Poroshenko Russian networking platform — it is the enemy of the media, not objective informational resources. In some ways he is right.

Yandex proud of its objectivity in news gathering. But at the end of March when tens of thousands of Russians across the country went on protest against corruption, the service “Yandex.News” a long time did not report anything about these meetings. The company explained that its algorithms are simply collected what was reported by the major media, because by law she can use only officially registered mass media. But the major media are overwhelmingly controlled by the state. The managers know about it, but if they make changes to their algorithms and will use more varied sources, it could kill the company and its business.

Even another clone of Google under the name “Yandex. Map” which precisely Google.Maps of the former Soviet Union, and he is not free from the influence of politics. Russian visitors this service shows Crimea as part of Russia, and Ukrainian — as a region of Ukraine. (Google found a compromise solution: in Russia, it shows the international border between Crimea and Ukraine, and in other countries — strange dotted line.)

The network Vkontakte young and traditionally more Pro-Russian audience than other social networks. Her preference for the separatists in the East of Ukraine, not trusting the American social networks. In addition, they like it with a better designed interface. Like Facebook, its algorithms help people to get into isolated information bubbles, where they meet similar people. This network with its headquarters in Moscow does not remove in such communities offensive, sometimes calling for violence anti-Ukrainian posts, comes as Facebook, when users start to complain. This is due to the fact that any removal of this kind will cause irritation of the authorities and many are opposed to Ukraine users.

Social network — Russian, American and all other — frankly hypocritical when they say that they are nothing more than a company of information technology. They are actively controlling the content, sending it to the different users and contribute to the selection, which helps advocacy campaigns and increases the means of propaganda. On the working methods of social networks inevitably affected by the political climate in their countries, including in the United States. Facebook and Twitter regularly respond to criticism of politicians and civil society activists, deleting accounts, banning, or restoring the posts, using the services of anyone who checks the accuracy of the information (and often makes it biased) to remove “fake news”.

Bans on any platform and in any country is reprehensible. But the blame should doubtful claims these platforms to neutrality. Poroshenko and his clumsy actions tried to bring the Russian platform.