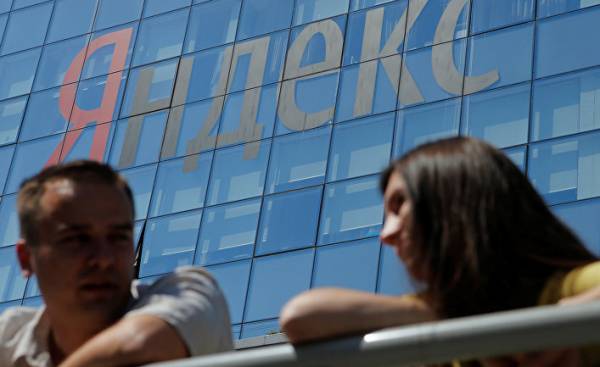 These measures, which many observers perceive as a sign of the tightening positions of power, caused indignant reaction in Kiev and Moscow.

According to Petro Poroshenko, the decision was made in order to keep the “pressure on Russia” and make it “to withdraw its troops from the Ukrainian territory and cease its aggression”. May 16 the President of Ukraine has published the decree about introduction of new sanctions (or expansion) in relation to 1 thousand 228 people and 468 operating in Ukraine Russian organizations and enterprises. We are talking about many different areas: banks, media, MIC…

Sanctions war between the two countries did not begin yesterday and is much more fierce than the one raging between the West and Moscow following the annexation of Crimea and the war in the Donbass. In 2016, the opposition of neighbors has led to the closure of their air space for each other. However, the advent of the new list, which is very popular in Ukraine Internet-based businesses has caused an unusually strong response.

Lock third of the site’s popularity

By decree, under the ban in Ukraine were a social network “Schoolmates” and “Vkontakte”, the search engine “Yandex” (its shares are traded in new York), service Mail.ru and Kaspersky antivirus. Sanctions affect a huge number of people: 12 million Ukrainians (out of 42 million population) use network “Vkontakte” (the third most popular in the country online resource) and 5 million — a site “Schoolmates”. “Yandex” occupies the fifth place in the list of the most popular sites, offering a range of services, from email to news-gathering.

The aim of the Ukrainian authorities — not only to strike at the Russian economy. The security Council said Tuesday that the sanctions are directed against companies “whose activities posed a threat to the information space and cyber security of Ukraine”. Supporters of the measures taken, remind that the Russian authorities keep under strict control the largest Internet enterprises and adopted a law that obliges those to provide the state information.

A number of observers also emphasize the role of Russian sites in the dissemination of false news and in General in the information war between the two countries. “Therefore, the lock of these resources is the biggest contribution to the information sovereignty of Ukraine”, — said the founder of the StopFake website Yevhen Fedchenko.

The new sanctions caused outrage in Russia. The Kremlin has called the decision “unfriendly” and mentioned possible retaliatory measures. According to Deputy Evgeny Revenko, the Internet to act prohibitions stupid and irrational, people somehow find ways to circumvent them. This reaction caused a smile among Russian users, who themselves have to deal with strict control of the authorities.

Anyway, most disputes the sanctions have caused in Ukraine, where their introduction was a complete surprise. The representative of “Reporters without borders” in the country Oksana Romaniuk expressed his surprise at the “strange and unexpected ban.” “The claim that Russia allegedly earns our users, and we have the same war. But sorry, out of economic sanction to their own citizens,” she wrote on Facebook. Many users reported that banned social networks (“Classmates” and “Vkontakte”) was their main means of communication with people in war-torn regions, as well as a source of information about the situation in them. As for the fake news, they are, according to them, with equal success, walking like “Vkontakte” and Facebook.

Many observers see in the responses a sign of the tightening position of the Ukrainian authorities or even its movement to authoritarianism. “We’re more like a Russian… but no oil”, — said political analyst Mykhailo Minakov. Dozens of users called the law a populist move, the imitation of restrictions which are accepted in Russia and Turkey’s Erdogan. According to them, its purpose is to curry favor with the most radical and nationalist group of the Ukrainian electorate.

A number of experts also noted the factual impossibility of implementing the announced measures, without creating a “firewall” like what exists in China. Such a project would cost very expensive (especially for providers) and took a lot of time on the introduction. “If such a tool will be created, it will allow you to block any objectionable Ukrainian government website,” said the computer specialist.

On Tuesday the websites were still available from the Ukrainian territory, however, the company “Ukrtelecom” declared that has begun implementation of the presidential decree. 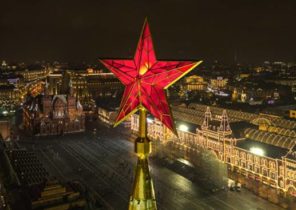