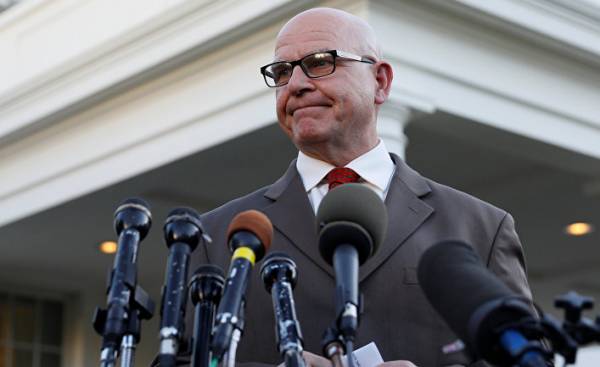 When the White house published information material negative content, and if this information is true, before the officials there is a serious problem. Commonly used PR-move, the essence of which is to deny something that, in game, or make loud statements, ignoring the specific details.

That’s what makes the administration trump, commenting on some of the key facts in an article published may 15 in the Washington Post:

• President trump during a meeting at the White house opened the Minister of foreign Affairs and the Ambassador of the Russian Federation secret information.

• Disclosure of information trump threatened the agent, which is the most important source of information about the “Islamic state” (organization banned in Russia — approx. ed.).

• Trump, going “beyond Protocol”, announced the details of the terrorist threat from ISIS related to the use on Board the aircraft laptops, and called the settlement on the territory of the “Islamic state”, where the partner of the U.S. intelligence detected a threat.

• The information disclosed by the President, was provided by partner of the United States under the agreement on the exchange of intelligence, which is considered so secret that the details were kept secret from the allies and even the U.S. government was only available to a limited number of individuals. the Partner did not give the United States permission to send confidential materials in Russia.

• After the meeting, trump’s senior White house officials took measures to alleviate the situation of data loss, call in the CIA and the national security Agency.

• At the insistence of American officials who warned that the message details will compromise important intelligence sources and means, the leadership of The Washington Post kept secret most details of the story, including the name of the city.

To help readers, the authors of the column, The Fact Checker commented on the statements made in response to an article in The Washington Post the national security adviser Herbert McMaster (H. R. McMaster) on Monday evening and Tuesday morning.

“It is reported that the information in the article, which appeared today, is false.”

The key phrase here is “as reported”. This phrase McMaster can theoretically challenge any fact, no matter how insignificant it may be, calling it false. It is noteworthy that he did not say that the article is about.

“The President and the foreign Minister discussed a number of common threats facing our countries, including threats to civil aviation.”

This is proof that there had been discussion on the topic of laptops.

“Under no circumstances is the theme of intelligence sources and methods of obtaining intelligence were discussed. And about any military operations that would not be already known to the General public, did not tell the President”.

That discussed the topic of intelligence sources or methods, or that trump was discussing covert military operations in an article published in The Washington Post, does not say. So these words are a classic example of avoiding the basic data contained in the article — a PR version of the card game “three cards”.

“What I’m saying, in fact, is the assumption that the article contains false information that the President somehow led the conversation, which was invalid or which has caused any failure in the provision of national security.”

Now McMaster speaks of the “assumption” that the article contains false information. In other words, it’s not that the article says “not true” and that she introduced the President of “black light.”

“What we do — so it’s not discussing what is and is not secret.”

McMaster avoids answering the question of whether disclosed whether the trump top-secret information to the Russians. And this is proof that this part of the article true.

“I’m not going to confirm it, because it is information that could jeopardize our security.”

The journalist asked, did trump Russian confidential information received from the partner. And again, McMaster does not deny the accuracy of this fact. So this is another confirmation of the fact that a key part of this article does not contradict reality.

“In the framework of this discussion that the President discussed with the Minister of foreign Affairs met the subject and corresponds to the routine exchange of information between the President and the leaders with whom he communicates”.

This is a subjective opinion, but who the White house says that the President did something inappropriate? In an article published in The Washington Post, said only some of the possible consequences that trump revealed the information, but made no conclusions about whether trump the right to do so.

“I would say that this is probably due to excessive precaution, but I’m not sure. I have not spoken with Mr. Bossert about why he decided to call.”

McMaster confirms another key fact published in the article — that the assistant to the President for homeland security and counter-terrorism Thomas Bossert (Bossert Thomas) called the Directors of the CIA and the NSA to report that the President has provided information to Russia. (The Washington Post wrote that “one of the subordinates of the Bossert is also required to remove “inconvenient” detail of the discussion with the participation of trump from the brief notes of the conversation”). And a bit odd that MacMaster did not discuss this with one of his chief subordinates, so that we doubt the veracity of this statement.

“I was in that room, there was a Secretary, and, as you know, there were present Deputy national security Advisor Dina Powell (Dina Powell). And none of us thought that this conversation was inadmissible.”

And again it comes back to the fact that the White house is trying to disagree with what trump has done something reprehensible. Who aides in the White house to publicly recognize that it is the President’s decision was wrong? Calling the names of the three officials, McMaster is trying to add weight to his statement, but again this is a subjective opinion, in which the key facts in the article in question exposed.

“He made a decision in relation to the situation during the conversation, which was quite appropriate”.

McMaster confirms another detail contained in the article is that it was a momentary decision of the President, is not included in the agenda of the meeting.

“There was nothing here that you wouldn’t know from open sources, and that it would be a cause for concern. And it was only about operations that are already taking place, and which a wide audience already know more than one month”.

On the question of how did trump the name of the village, which had received intelligence information, McMaster once again did not deny this particular fact stated in the article. Instead, he says the name of the city familiar to all who have read about the “Islamic state”. Very interesting trick, since, as the article says, officials from the White house specifically asked the leadership of The Washington Post did not specify the name of the city.

“I would like to tell everybody that during this conversation, no sources or methods of obtaining intelligence, the President in no way discovered.”

McMaster really knows about the possible consequences that trump gave the information. In an article published in The Washington Post, noted the concern of some American officials, (familiar with this intelligence and how it was received) — including the concern that Russia could use this information to identify the assistant US or used means and methods of obtaining information. Especially if some of these data and information about Russia’s actions in Syria.

We see an attempt to divert attention from the main. The President does not necessarily know the sources of intelligence, if he specifically asks. But intelligence information is marked, indicating the level of secrecy and whether it is possible to provide it to other countries. Therefore, we can assume that trump knew about this even before he revealed it to the Russians.

1. The President discussed with the Russian foreign Minister a top-secret information regarding threats associated with the use of laptops on Board aircraft.

2. The intelligence came from the territory of a third country.

3. Trump pointed out the name of the city, which had obtained intelligence information.

4. Trump did it spontaneously under the influence of minute mood.

5. Working in the White house aide said the disclosure of intelligence to the CIA and the NSA.

These are the actual data contained in the article published in The Washington Post. The only issue of real interest, are then, did the actions trump the negative impact on used the United States methods of gathering information and whether they have caused damage to the interaction of special services of the USA and friendly countries. But it lacks story.