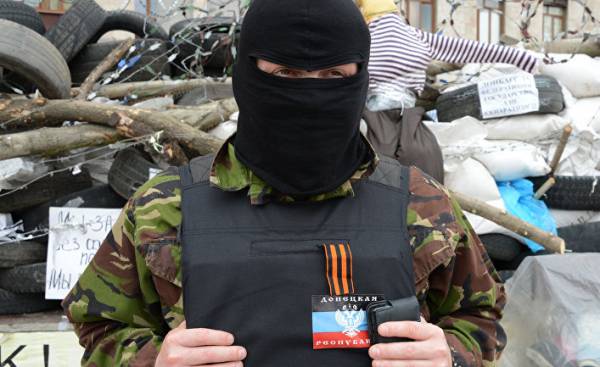 The Verkhovna Rada has supported a bill to ban the manufacture and promotion of St. George’s ribbon, in Ukraine. For a decision on Tuesday voted 238 deputies. Before that, speaker Andrew paruby said that “today there is a war and St. George ribbon has become a symbol of aggression of the Russian Federation against Ukraine”.

“These tapes today are the ones who started the war against Ukraine who shoots at our soldiers who kill civilians in Avdiivka and other towns. From independence until today this symbol has become a symbol of Russian aggression and element of destabilization in Ukraine”, — he said.

The initiator of the bill MP from NF Anton Gerashchenko.

The document provides for punishment for the public use, display, or wearing a St. George ribbon in the form of a fine from 50 to 150 non-taxable minimum incomes of citizens (850 — 2 thousand 550 UAH) or administrative arrest for up to 15 days with confiscation of the tape.

For repeated propaganda, provides for the same sanctions, but the penalty for this offense can reach up to 300 non-taxable minimum incomes of citizens.

Provisions of the new articles of the Code of administrative offences does not apply to the cases of the use of St. George ribbons on the documents of state bodies, issued prior to 1991; at the museums on the original battle flags; on state awards, which were awarded until 1991 and during 1991-2015 period in connection with the anniversary of the events of the Second world war; the burial structures.