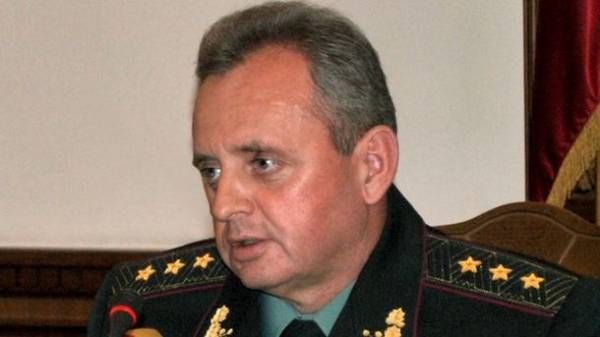 Chief of the General staff – chief of the Armed forces of Ukraine Viktor Muzhenko during the visit to Belgium at the meeting of the EU military Committee was briefed on the security situation in Ukraine and risks for Europe because of Russian aggression.

“Viktor Muzhenko shared with the chiefs of staff of the armed forces of the EU its vision of the global threats to European security in the context of the implementation of the aggressive policy of the Russian Federation. Special attention is paid to methods of outreach exposure used by the Russian propaganda as the population of the occupied territories of Ukraine and the ATO forces and Russian-speaking population of other European countries”, – reported on the website of the Ministry of defence following the meeting of the Committee.

At another meeting of the EU military Committee at the level of chiefs of General staffs chief of staff familiarized with the issues of the military partnership, as the training and Advisory missions of the EU.

17 may is planned the participation of Viktor Muzhenko in the meeting of the NATO military Committee in the format of countries-contributors to the NATO mission in Afghanistan, Resolute support.