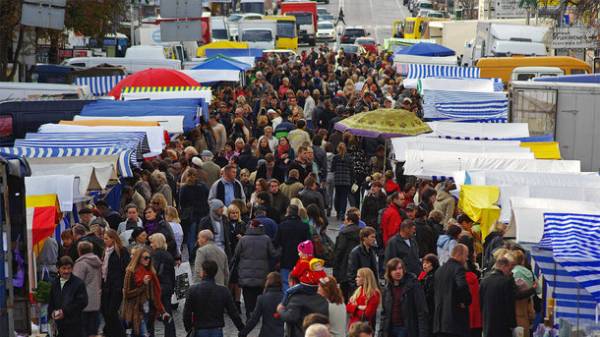 The average Ukrainian has grown to 175 cm, for 38 years, weighs 79 kg, married. This is a generalized portrait of our compatriot, based on data from the state Statistics for the previous year (see infographic).

FIGURES AND THE TRUTH. As explained to us by head of the Department of research of the standard of living of the population Institute of demography and sociological research of the NAS of Ukraine IDS Lyudmila Cherenko, statistically, the average Ukrainian older than the average Ukrainian, but that’s because women live longer than men in the 10-12 years as widows. And in fact, the husband in the family, usually older than wives or they are the same age.

“Our compatriots want to study: almost two-thirds after high school he continued his education, although the University has graduated only one in four. The opportunity to achieve a higher level of life most associated with the end of high school or College, so the parents in order to daughter or son received a diploma. And then I can’t wait one grandson, because it is a global trend that educated women are building a career, so give birth to 2-3 times fewer children than women who completed only high school,” — said Cherenko. According to her, Ukrainians are genetically inherent desire to work more, to live better. “But it is for this reason, the population reduced every year, because the higher the level of income of the family, the less it children” — sure head of the Department. 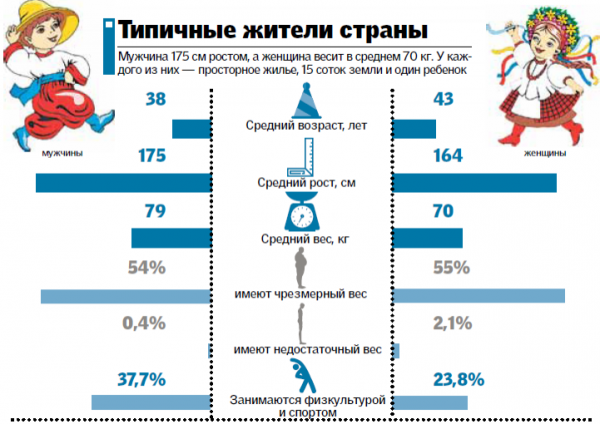 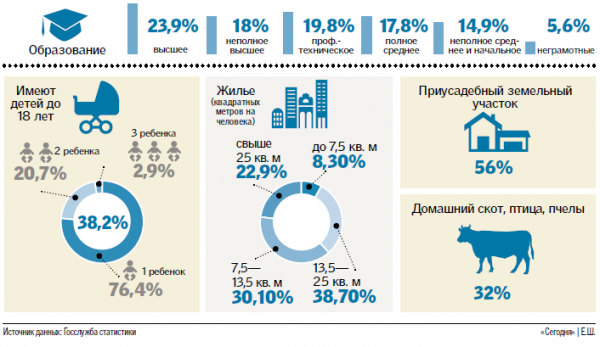 Dietitian Alexandra Kirilenko, in turn, draws attention to the fact that, according to statistics, more than 50% of Ukrainians, both sexes have the extra pounds. The reason, she said, excessively high-calorie diet dominated by potatoes and fats — the famous Ukrainian lard. The extra weight is formed because few people are engaged in physical activity, only 38% of men and 24% women. “We have a climatically cold area, so people got used to eat calories and not enough work physically. This leads to metabolic disorders, cardiovascular disease and shortens life,” — said Kirilenko.