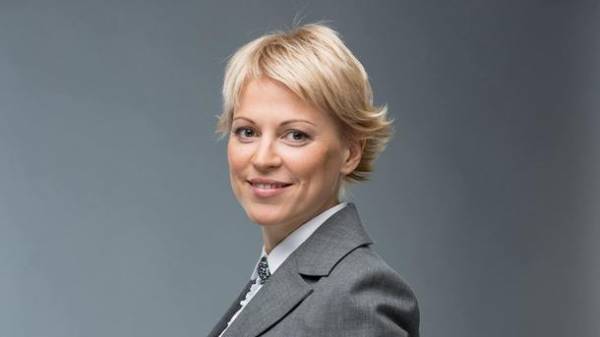 In the SBU assured that they have no purpose, to inspect and penalize a business for using the Russian program “1C”. The sanctions imposed by the NSDC decision and decree of the President against the Russian social networks and programs that primarily affect public companies. Comments about this “Today” said the adviser to the Minister of Finance of Ukraine Olena makeieva.

“These sanctions primarily affect state-owned companies. According to SBU, almost all state-owned companies are “1C”. It is a matter of national security. Therefore, they should not use this product. As for business, this question already lies in the plane of the moral. That is, the decision and the issue of security of the business, what program it will use. Moreover, the representatives of “1C” announced yesterday that they will not stop servicing updates to the software. That is, business as worked on “1C”, and will work. And those who mentally can’t use “1C”, they will move to other software products. But in fact, these companies did two years ago who switched to other products because I didn’t want to use Russian software products, “said Makeev.

Adviser to the Minister added that in “1C” announced the intention to continue the software update, but not to sell a new product. That is new companies that want to purchase a new product, it can not do.

“The question then arises: either to buy something else, the alternatives, perhaps it is, some Ukrainian companies, but they are definitely not for the mass market, they need to learn. There are expensive products like SAP, Microsoft Navision… And it’s hard to find an accountant that will work with these programs is another question. Or use the outsourcing company that provides accounting services, which has this software, and never have a problem. But in the SBU, according to Makeeva, assured that they have no purpose, to inspect and fine the business. “Business must be calm, and sanctions relate to the state institutions, because it is a matter of national security”, – added ex-the Deputy head of the Ministry of Finance.

NSDC and the SBU reported that the Russian developer 1C, in order to avoid penalties, you may re-register in Ukraine, she said. “Very easy to change the owner, because sanctions do not apply to the product and the legal and natural persons. That is, changing legal entity, you can avoid penalties. The national security Council know about it, they will track and sanctions can be expanded,” summed up Olena makeieva.