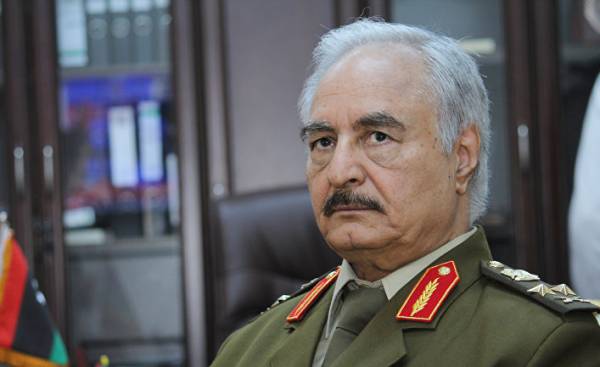 Libya was back in the media spotlight, but not because of devastation, poverty, mass murders and violence that has dragged the country after 2011, NATO has destroyed its state, killing over seven months of about 30 thousand civilians. Now it is blamed for terrorist attacks in may in Manchester and Egypt and which claimed dozens of lives. You might think that NATO countries are not responsible for what has turned Libya into another hotbed of terrorism! After endless lies about the organizers of the terrorist attacks the credibility of Western countries has fallen to zero. According to recent figures, with the attacks of September 11, 2001 stood Saudi Arabia, not the Taliban and bin Laden, and certainly not Iraq.

Prepare world public opinion for a new military aggression against Libya? Despite the fact that the Mujahideen Council, a branch of ISIS (a terrorist organization banned in Russia — approx.ed.) held in Derna (Cirenaica), denied its involvement in the murder of the Copts 29 may 27, the Egyptian aircraft was subjected to area bombing, which killed about twenty people. Protection of religious minorities also was not among the priorities of President al-Sisi. The Copts are in Egypt, the object of daily attacks by extreme right-wing Islamists, enjoys absolute impunity.

After the destruction of the Libyan state by the Alliance in 2011 and the killing of progressive leaders of politics, culture and law, political scenario in Libya is under the control of the following of right-wing forces, divided among themselves the country, and not necessarily in accordance with historical traditions:

1. The government of national unity, established under the auspices of the UN in 2015, belongs to the Muslim brotherhood. It is located in Tripoli, the head of it is Faiz Sarraj. The government controls the Central Bank and enjoys the special support of Qatar, Turkey and Sudan.

2. The government of Marshal Khalifa Haftar, commander of the Armed forces of Libya, located in Tobruk in the East of the country. Opposes the Islamists and enjoys the support of Russia, UAE and Egypt.

3. Assorted groups of Islamists: the Islamic fight (created with the support of NATO in 2011), “Hizb al-Watan”, headed by Abdel Hakim Belhadj (after Gaddafi’s rapprochement with the West, he was kidnapped in 2004 in Bangkok by the CIA and MI6 and handed over to Libyan authorities), “Ansar al-Sharia and Libyan Dawn” (an organization banned in Russia — approx.ed.) control of Benghazi, Central, Western and southern part of Libya, where a large part of the population.

They are all fighting for control of Tripoli and key oil ports of the country. The reconstruction project of Libya, established by the United Nations and Saragam failed due to the weakness of the government of national unity and unwillingness Khalifa the Haftarot to interact with it. Perhaps he thinks that with the help of Russia will be able to conquer the whole country (exactly the same thought Bashar al-Assad). He does not know that one of the reasons that NATO destroyed Libya, was the desire to turn it into mini-States to be able to more closely control them (the same thing Alliance did to Sudan in 2011, and before that Yugoslavia).

The government Zarraga controls a small part of the country and unable to join her. The fact that it enjoys the support of the UN, does not change the state of Affairs, and world powers are studying other possible exit to the Libyan crisis.

Russia is returning to Libya

The last time the Libyan leader had called for the Kremlin in April 1981. Gaddafi was doing at the time, Leonid Brezhnev, resumed support of opponents of the Egyptian-Israeli peace Treaty. Now Moscow welcomes the Marshal of the Haftarah discuss the future of his country. This officer began his military career in the 60’s, and then became an agent of the CIA, reorganized the remnants of the Libyan army and seeks to take the post of “Brother leader” Gaddafi. Declaring war on his rivals, he seized major oil ports in the country Sidra (Sidra) and RAS lanuf (Ras Lanuf) and continues to expand its zone of influence.

Libya is of interest for Russia:

— Due to its geographical position on the Mediterranean sea. If Russia will manage to resolve the Libyan crisis and to ensure stability in this area, the European Union will be grateful to her. For Moscow’s good relations with Europe is extremely important, and Libya may be the way to achieve this goal.

— The presence of the allies in Tripoli will give Moscow the opportunity to influence migration flows in the EU, and eventually the entire West. Since 2011, about 14 thousand migrants have drowned in the waters separating Libya from Italy. Now Libya is the main country in the world where there is a sale of enslaved migrants.

— Russia will open a naval base in Libya.

— Libya has the largest hydrocarbon reserves in Africa and is a competitor in the supply of gas to Europe.

Since the strengthening of relations with Libya is an integral part of Russia’s efforts to return to North Africa, it also develops relations with Egypt, Tunisia and Algeria.

The Kremlin’s relations with Tripoli through the foreign Ministry, and contact with Marshal Haftarot established through the Ministry of defence. Moscow intends to unite Libya under his leadership.

The EU has no developed plan, but…

The EU has no coherent policy towards Libya. On the one hand, France and Italy compete with Russia in the quest to attract the Khalifa the Haftarot. They want to put him in the government of national unity (you’d think I propose to consider the possibility of a future coup!). I’m afraid that Haftar of being a U.S. citizen, will enlist the support of trump and Putin will turn away from the EU. Although it is likely that the US President, who wants a big war, the strike on Libya, triggering a new migration of tens of thousands of children, women and men in the EU. On the other hand, countries such as Malta warned about the dangers of Libyan support for Marshal, because it could lead to civil war and cause another crisis of refugees. US Ambassador to the EU Anthony Gardner (Anthony Gardner) opposes cooperation with Russia in Libya, including because he is concerned about the rapprochement between Moscow and Brussels. Sebastian Gorka (Sebastian Gorka), a former adviser on national security Affairs under Donald trump, who was forced to resign in connection with neo-Nazi groups claimed that the Libyan crisis caused by the division of the country into Eastern and Western part. The Balkanization of Libya was one of the seven reasons for Gaddafi’s removal.

At that time, as world powers decide the fate of Libya, the growing discontent with the lack of security, food shortages, outages of water and electricity, inflation and lack of basic services. According to the UN, about half of the world’s population needs urgent humanitarian assistance.

The murder of 145 soldiers and civilians who supported the Haftarot, the forces of the Government of national unity on 20 may this year, shows how far the prospect of unification of Libya sinking into civil war.

Former NATO Secretary General Anders Fogh Rasmussen (Anders Fogh Rasmussen) said that the actions of the Alliance in Libya were the most successful in its history. Destroy a previously disarmed the country, to deal with the head of state and to kill with the bombing of thousands of innocent citizens is a shameful and despicable business. The current chaos in Libya is a consequence of the criminal intervention of the Alliance. Some in the EU seem to have realized how foolish it was to overthrow Colonel Gaddafi. 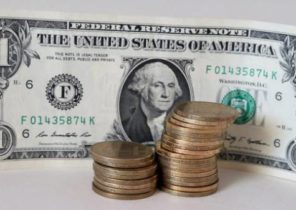