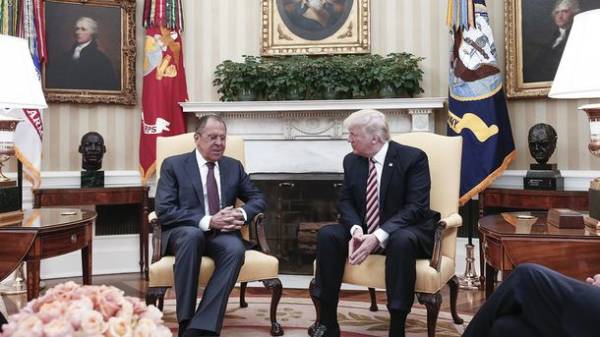 The President of the United States Donald trump did not discuss “sources and methods or military operations” at a meeting with Minister of foreign Affairs of the Russian Federation Sergey Lavrov on may 10. This was stated by U.S. Secretary of state Rex Tillerson on Monday after reports of disclosing classified information trump, the TV channel “112 Ukraine” with reference to Reuters.

“During the meeting of the President of trump with foreign Minister Lavrov discussed a wide range of issues, among which was a common effort and threats in relation to terrorism. During this exchange, discussed the nature of specific threats, but they did not discuss the sources, methods or military operations,” said Tillerson in a statement.

We will remind, on the website of The Washington Post, citing current and former US officials, it was reported that during a visit last week to the White house, the foreign Minister of the Russian Federation Sergey Lavrov and Russian Ambassador in Washington Sergei Kislyak President of the United States, Donald trump told them the secret information.