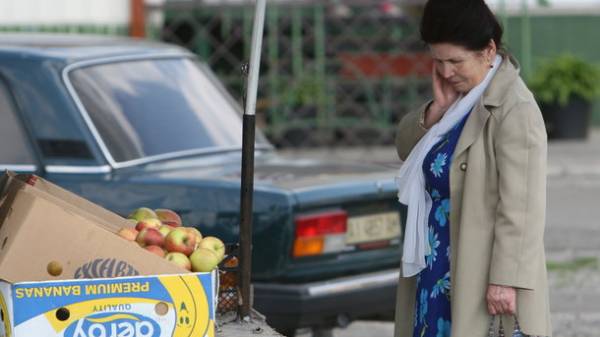 In the market of Ukraine there is a tendency of growth of prices for apples. In the second half of August, just a week these products rose on average by 24%. As a result, Ukrainian growers were asked 8 to 15 UAH per kg depending on grade and quality. It is about 2 to 2.1 times more than in the second half of August 2016, due to the reduction of the production of these products in Ukraine, writes UBR.

According to the head of the project “APK-inform: vegetables and fruits” Alexander Horev, in 2017 the total yield of apples in Ukraine will be reduced by 10% to 1 mln tonnes, the Expert said that this year will collect one of the lowest harvests of apples in the last six seasons.

However, in comparison with Russia and the EU countries, the decline in production will be insignificant – according to preliminary estimates by the world Association of producers of apples and pears (WAPA), in the season 2017, the EU will gather the lowest in the last 10 years harvest. Poland, which is the main supplier of imported apples in Ukraine, will collect only 2.8 million tonnes, which is 29% less than last year. A third will fall, and the crop of pears.

Peak season in Ukraine is still ahead, say analysts. “In Ukraine a sort of “Gala” was worth a year ago 7 – 9 UAH/kg, now 9 – UAH 10/kg on the wholesale markets. But gradually, like a year ago, with the beginning of the harvest season, the price began to fall. If in mid-July, the price of apples reached UAH 17/kg in the opt, now it is 10 to 12 UAH/kg. Increasing offer. There are summer varieties that are not stored, and therefore go straight to the sale. Yes, they are lower than a year ago, but still offer increases,” – said the expert on fruit and vegetable market in Eastern Europe Tatiana Getman.

According to her, an unusual situation may begin after harvest of the winter varieties of apples. In Europe they are few, so the competition from Polish apples will be lower. And our farmers will want to take a moment to earn. Therefore, in the second half of the season, in October-November, with a possible price jump. In September the market will be still quite a lot of goods (such as summer varieties and winter). In October a year ago, prices still declined and Apple sold cheaper than in December 15 – 20%.

“This year, when they will start laying on the storage of apples in large quantities, on the contrary, the price will rise because companies will try more apples to lay in store. What will be the impact on global supply of seasonal products,” – said the expert.

That growth, experts not undertake to predict.

According to Alexander Horev, it is expected that competition with Polish apples in Ukraine this year will weaken significantly, and as of April 2018, the Ukrainian Apple would cost at least 18% more expensive than in the previous season. Despite this, exports will remain at the same level, or even slightly increase.

As noted by the Hetman, Ukraine had built a lot of storage. This volume can meet the needs of the apples before winter. So prices may rise in October-November, and then will begin to sink. Since the achievement of price parity with imported apples, to import them from abroad will be profitable again, and the price will start to fall because of rising supply.

But there will matter what the price of Polish apples will be at this point. As Russia this year will greatly nedobirayut Apple harvest (1 million tonnes, instead of 1.7 million in 2016), which is the main consumer of Polish apples (via Belarus).

On the background of rising apples look much more attractive price prospects of bananas. According to “info-SHUVAR” in late August, a box of bananas in the EU was worth about 2.3 – 3 Euro cheaper than a year ago. Wholesale markets in Ukraine for a kilo of bananas please 22 UAH. According to market participants, this has led to the revival of demand for this fruit in Europe. Given that producers from Ecuador, Costa Rica, Guatemala, Colombia and other regions are reporting a much larger harvest than in previous years, it is expected that this price rise will last.

Reducing the cost of bananas will increase their consumption, especially in conditions of rise in price of apples, which are the major competitors of bananas at the fruit market, experts say. “Bananas are really a substitute for the Apple, but to talk about the reorientation of consumers yet. Because it is imported product, the main influence on the market will provide the exchange rate of hryvnia, which, for example, has grown. So, to say that instead of apples will eat cheap bananas is impossible,” – said Tatyana Getman.

The other traditional fruit – pears – will not be subject to significant price fluctuations. In Ukraine, they are traditionally laid little for storage, but because since the end of November this product begin to rapidly import. 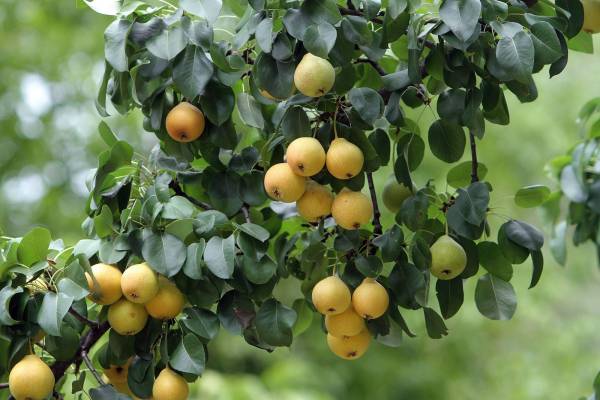 Despite the fact that in August, the Polish pears cost nearly 71% higher than a year ago, their crops, according to WAPA in 2017 compared with the previous decline only 1% to 2.15 million tons. This was only 3% below the annual average for the last 3 years. The greatest yield reduction among the major producing countries is expected in the Netherlands – 18%. In Belgium the crop of pears could be reduced by 7%. In Spain it will gather, according to WAPA. About the same as a year earlier. And in Italy, the yield will increase by 5%.

But, as in the case of bananas, the cost of imported pears will depend on the exchange rate.

As for plums, the Ukraine almost for the first time has good prospects for export. This fruit first is practically not supplied to foreign markets. If you don’t count exports to Russia (up to 2014) in the amount of 100-400 tons. Now, because of the bad harvest in Poland (-40%) and in neighbouring countries these products are willing to take in Ukraine. However, it is just about the best product.

“High-quality plum this year actively takes Poland. So far our sink took only a little bit of Russia and Belarus. That is, we have been producing a quality product. The poles take and for processing and for fresh consumption. Export prices are high, in terms of the hryvnia is approximately 10 to 12 UAH/kg, while raw materials take 7 – 8 UAH/kg, This demand supports prices in Ukraine”, – said the Hetman.

The price spread on the sink is very large: from 5 to 15 UAH/kg. the cheapest item is, for example, suffered from hail in Chernivtsi region. Therefore, the supply in the domestic market will be sufficient even in the presence of exports. Despite the forecasts of yield reduction of this crop because of spring frosts, the prices are about the same as last year.

According to the expert, in Ukraine, mostly of stone suffered the cherries, but the cherries are ugly, like last year. Apricot quickly over the season, but the prices were only slightly higher than last year. “The same is true for peaches. A disaster happened. Just someone all froze, and someone’s crop was larger than last year. Even within one area or even one region,” – said Tatyana Getman.