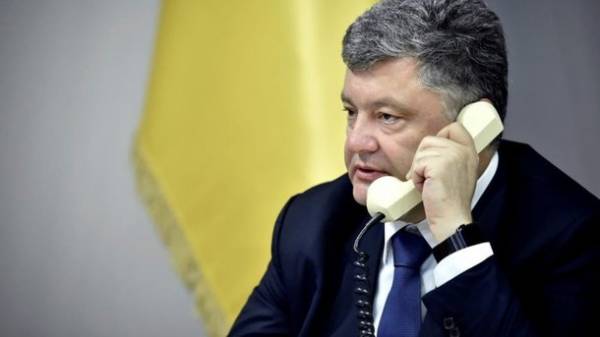 President of Ukraine Petro Poroshenko announced a conference call in “channel format” on August, 22nd, on Tuesday evening. The President said during a visit to Lugansk region, reports “112 Ukraine”.

“After 3.5 hours (at 21:30. – Ed.) in Kiev, I have held a telephone conference in the Normandy format, where we will focus on strengthening the military mission of the OSCE, and on the introduction of UN peacekeepers, and the announcement of “ceasefire” from 25 August or 1 September, so the kids could finally go to school,” – said the President of Ukraine.

We will remind, earlier the negotiations, “Norman Quartet” at the highest level was announced by the foreign Minister of Ukraine Pavlo Klimkin.

As reported, during the previous phone conversation in “channel format” Russian President Vladimir Putin and Ukrainian President Petro Poroshenko did not support initiatives to each other to resolve the situation in the Donbas.