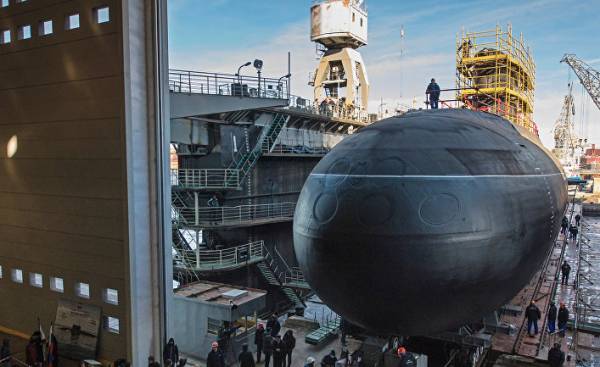 Submarines of project 877 has been very successful, both technically and in the export plan. The submarine, which appeared from the Soviet Union and its allies almost by accident, became a legend in the eyes of NATO. For 35 years we have built 53 boats of this project, so that in the difficult period after the end of the cold war, the Russian shipbuilders have received is vital to their orders, allowing to save the company. Because along with the Russian operations against the “Islamic state” (banned in Russia organization — approx. TRANS.), the tensions in the South China sea that could lead to clashes of the opposing fleets, we can see the boats 877-year project in action in Asian waters.

Unlike the U.S. Navy, which is entirely nuclear, Russia has diesel and nuclear submarines. Being a land power, occupying a large part of Eurasia, Russia holds its submarine fleet is much closer to the “action areas” than America. If the Russian nuclear submarine designed to patrol the oceans, its diesel submarines are more suitable for participation in conflicts in Europe, the middle East and the Russian near abroad.

Chief among conventional submarines in the Russian naval Arsenal is submarine of project 877, which the West and NATO called Kilo class. American sailors nicknamed this boat “the black hole” because of its malosolenoj, and in particular this applies to improved Kilo project (boat type “Varshavyanka”). Boats of this type built continuously for over 30 years, which testifies to their high efficiency in the sea.

Submarines Kilo-class was originally supposed to be part of the fleets of the Warsaw Pact, replacing obsolete submarines of project 613 and 641. The length of this ship is 72 meters, width 10 meters, and submerged displacement of 3 076 tonnes. The crew consists of 12 officers and 41 sailors. The endurance of the boat is 45 days, after which she needs to replenish supplies.

Power plant is composed of two diesel generators and electric drive, which gives the boat enough power to develop a surface speed of 10 knots and 17 knots underwater. It’s not a very fast submarine. The range of these submarines is from 6 000 to 7 500 nautical miles. That is, leaving the places of permanent deployment of the Russian Northern fleet, they can patrol at a distance of 1 000 nautical miles, and then walk to Cuba.

They also do not dive very deep. According to the reference book Combat Fleets of the World, the working depth of the project 877 is 240 meters, and a limit of 300 meters. These boats are especially effective in shallow waters, where a couple of screws in the pipe, driven by electric motors low speed, allows it to operate closer to the seabed.

Many efforts have been made to make the submarine noise. The hull of the boat something similar to a drop, which significantly reduces water resistance in comparison with submarines of the Second world war. The power plant is isolated and is rubber-based, and therefore not in contact with the housing, so that its vibration turns into noise that can be heard from a distance. The ship has rubber sound-absorbing coating, which also reduces noise. Because of this, the boat in the photos seems pretty massive. The system of air regeneration provides the crew with oxygen for up to 260 hours, so the boat can stay under water for almost two weeks.

Finally, the submarines of this project there are six standard torpedo tubes caliber of 533 millimeters. Originally part of her armament was to include homing torpedoes and anti-submarine missiles 18 “Blizzard”. In the last boat of this class of two torpedo tubes can be produced launches torpedoes, controlled by wire. This boat has another unique feature: she’s armed with a portable anti-aircraft missile complex “Igla”.

In the Soviet Union as part of the Navy operated 24 submarines. 11 of them are still in his fighting strength. One sold to Poland, and it is still in effect. Another was delivered to Romania, but to date, it is deduced from fighting structure. 10 boats bought India. Nine of them work, but one in August 2013, caught fire and sank at the pier. Four boats of this type are in service with Iran and two from Algeria. After the cold war, two submarines of this class acquired China.

Submarines were the first warships, the construction of which, after the collapse of the Soviet Union started in Russian shipyards. An improved version of submarines of project 877, known as project 636.3, was designed to revive the weakened Russian submarine for the receipt of hard currency from export sales.

This boat project “Varshavyanka” improved in all areas. The size remained essentially the same, but the shape of the bow changed to improve the hydrodynamic properties. Submarine quieter thanks to the improved insulation of equipment and movement in those compartments, where they produce less noise. She also has 25% increased cruising range compared to previous versions. But the main sonar system remained the same as that of project 877.

A major improvement of the “Varshavyanka” was the fact that it can produce missiles “Caliber” (export version of this missile is called Klub). This multi-purpose missiles in different versions of to hit ground targets, ships and submarines of the enemy. In December 2016 the Russian submarine “Rostov-on-don” has made the launch of missiles “Caliber” on targets “Islamic state”.

Early submarines of project 636.6 began to buy Chinese people’s Republic, which in 1990-e years have purchased 10 of these submarines. Apparently, these boats operate in the East China and South China seas. Another buyer was Algeria, which bought the two modern “Varshavyanka” in addition to a couple of older boats previous project.

Six submarines of project 636.6 purchased Vietnam. Five of them have already been delivered. They became the nucleus of its forces shut access / blocking zones, which act against the old enemy China. The two countries have long been hostile to each other. A new round of tension began recently, when the Chinese engaged in oil exploration in the disputed exclusive economic zone, and between the two countries have competing claims in the South China sea. Vietnam bought six submarines for $ 1.8 billion. This is a very good price.

And finally, Russia itself has acquired six submarines of project 636.6 to strengthen its submarine fleet. The last boat called “Kolpino” was transferred to the fleet Admiralty shipyards in St. Petersburg. “Kolpino” will serve in black sea fleet, where it can launch cruise missiles against ISIL targets. Obviously, Russia stopped further purchases of boats of this project, intending to go to the new submarines of project 677 “Lada”.

Submarines of project 877 has been very successful, both technically and in the export plan. The submarine, which appeared from the Soviet Union and its allies almost by accident, became a legend in the eyes of NATO. For 35 years we have built 53 boats of this project, so that in the difficult period after the end of the cold war, the Russian shipbuilders have received is vital to their orders, allowing to save the company. Because along with the Russian operations against the “Islamic state” the growing tension in the South China sea that could lead to clashes of the opposing fleets, we can see the boats 877-year project in action in Asian waters. 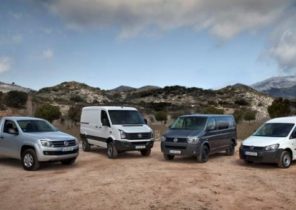