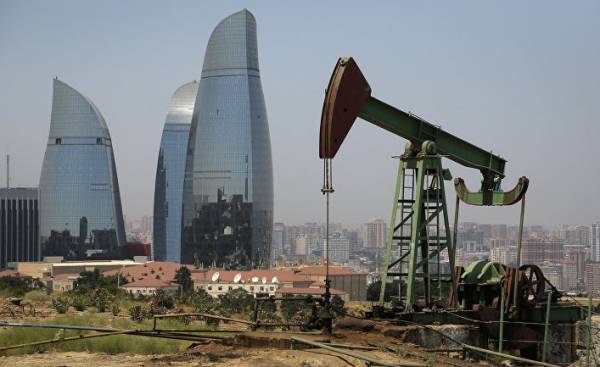 The less time remains before the next summit of the Organization of countries — exporters of oil in Vienna on 24-25 may, the more conversations that OPEC, Russia and Azerbaijan ready to extend the agreement to reduce oil production.

On the agenda there will be a question of extending the current agreement to reduce oil production. However, according to the latest leaks from informed sources, we are not talking only about this but about an even more radical decrease of production volumes of “black gold”. And all for the sake of maintaining the price of a barrel, which in the first ten days of may fell was below $ 50, but now again exceeded this threshold.

Russia, like Azerbaijan, have already indicated that they are ready to follow in the Wake of the expected solutions: our country is not less than other countries-exporters are interested in high oil prices.

The news that the level of voluntary production cuts by OPEC countries can take in the second half of 2017 is even more widespread, said the Agency Bloomberg with reference to informed sources. According to the Agency, at present, stakeholders are active, although not a public consultation on this matter.

The agreement was concluded for the first half of 2017. And yet, according to official data, the signatories are fulfilling their obligations. According to the latest data in April, OPEC members reduced production of raw materials for the 104% relative to the commitments they have made. The leader among them in this indicator is Saudi Arabia, which reduced production by 612 thousand barrels. Voluntary contraction of the UAE reached 226 thousand barrels per day, Iraq — 198 thousand.

As for the countries not included in OPEC, but put their signatures under the agreement, Russia, according to its Minister of energy Alexander Novak, by the end of April have already reached the required reduction of 300 thousand barrels per day. Likewise, it is listed among the violators and Azerbaijan.

On the agenda — renewal

According to several influential foreign media such as Reuters and Bloomberg, as well as the American edition of the Wall Street Journal, the OPEC scenarios, there are options of prolongation of soglashenia for a period of six months to a year.

First and foremost, this decision promotes the leader of OPEC, Saudi Arabia. While Saudi energy Minister Khalid al-falih said that the company, which will be extended an agreement is important because its main goal is to achieve a balance in the market. According to the representative of Saudi Arabia in the first three months of the contract went well, although the planned regulations in full was not achieved.

At the same time, the Saudi energy Minister said that all the Gulf countries share a concern about the fate of the industry in a few years, if observed in the last two years reduced investment in it will continue.

Moscow, judging by the statements of the Minister of energy Alexander Novak, ready to support prolongation of the agreement with OPEC after 2017. “Russia expresses its solidarity with the efforts of partners in rebalancing the market and believes that the joint initiative to stabilize the world oil market is currently effective,” — said the head of Russian energy Agency.

However, in the Russian press leaked some dissatisfaction on the part of oil companies that they have to make sacrifices and voluntarily limit production, thus depriving themselves of additional profits. But the Minister Novak denies these rumors: “No, such assessments, we have not heard. On the contrary, the company is talking about a large effect, which have, in General, and the budget, and the company, which is associated with the stabilization of oil markets”, — quotes its TASS.

Azerbaijan considers it expedient to extend the agreement on the reduction of oil production by OPEC and off-OPEC until the end of 2017. The corresponding statement earlier made by Minister of energy Natig Aliyev. According to him, the current agreement had a positive impact on the market and now prices have stabilized in the range of 50-60 dollars per barrel.

Meanwhile, the situation on the global market of “black gold” gives many reasons to doubt the effectiveness of the exporting countries measures. Skeptics especially perked up in early may, when the price of a barrel fell below $50, actually returning to the level that was last fall — before the signing of the Vienna agreement on production cuts.

Experts call the two main reasons the fact that the barrel once again “acted up”. First, market participants were disappointed by the last releases in the United States. According to them, the daily oil production in the United States continues to increase and inventories are reduced enough. It turns out that American oil largely compensates for the global market the volumes of “black gold”, which voluntarily refused of the country — participants of the Vienna agreement. But secondly, additional pressure on oil quotations has rendered dollar strengthening, which is growing after the decision of the Federal reserve system of the USA the key interest rate at 0.75-1% per annum.

However, then the barrel slowly came to, and does not drop further: he again exceeded the level of 50 dollars and continues to grow. And yet, the level of unpredictability in the global market of “black gold” is too high.

Mainly, it is due to two circumstances: first, the threat that American kancevica, increase on the joys of prey, will pour their oil the whole world, once again violating so hard to achieve a balance of supply and demand in the global market. Second, analysts have to constantly keep in the minds of the geopolitical factor: the growing tension in the middle East. However, no matter how cynical it sounds, the escalation of hostilities in this oil-rich region are much more likely to lead to higher prices for “black gold” (due to fears that the supply may be reduced) than Vice versa.

However skeptics are not appeased

So what will happen next: will the signatory countries to extend the agreement and to an even greater increase in its volume? The exact answer to this question yet, but there are naysayers. In Russia, for example, a critical stance in relation to the agreement is one of the leading independent analysts of TEK, partner RusEnergy Michael Krutikhin. “The extension of the agreement on “freezing” of production between OPEC and independent producers the situation will not change. All verbal interventions, thrown on the market to date, could not hold the fall in oil prices. So the may summit, even in the case of a positive decision on the question of production will not force prices of raw materials go up,” — says the expert.

However, the author of these lines seems much more likely the positive outcome of the Vienna summit at the end of may: a new agreement is reached. The effort to extend the agreement and even stronger decline in production by exporters seems logical — it looks like other tools for the maintenance of prices of a barrel at the disposal of the countries concerned gone. And let the oil price again fall sharply, as in the second half of 2014, they currently can not. Because each of them, including Russia and Azerbaijan, has experienced a major economic downturn, the repetition of which hardly included in someone’s plans.