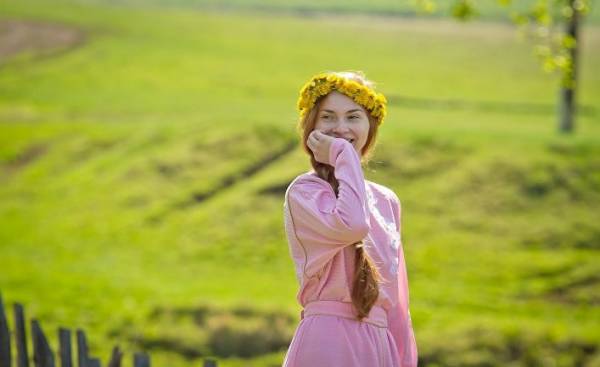 Women carry them, Packed in white bags, which do not allow the geese to fly away, in the sacred forest near the New Toryal.

There they will sacrifice to the Great White God.

Slaughtered and will be cooked in large vats, hanging from the trees.

While the aroma of food cooking in vats, floating among the bare trunks of sacred trees, the participants of the action, dropping to his knees, offer my first prayer in the course of the ancient traditional religious ceremony in the woods.

When geese eat, their skin and bones will be burned on a big bonfire.

The goose is a sacred animal, because it lives in three elements.

It can fly, swim and walk on land.

For Mari nature is the center of everything.

THE MARI PEOPLE IN RUSSIA

It is believed that Mari came to this region on the Volga river about 3,000 years ago, but the first mention of the Mari people have the VI century.

A little about the history of these places:

1552 — the land was conquered by the first Russian Tsar, Ivan the Terrible, and he was forced Mari to accept Christianity. Those who refused to do it were killed, but the vast majority was to combine his old faith and Christianity until the present day. Before 1552 Mari obeyed Tatars-Muslims and were persecuted by them.

1917 — After the revolution in Russia and of the USSR’s own religion Mari was — like all other religions is highly undesirable, but continued to exist in secret. The Communist leadership, in particular, strongly restrict freedom of expression at Mari, closing newspaper etc., they were forced to speak Russian, many were executed or sent to Siberian camps monstrous.

1920 — was created in Mari El Republic as an independent Mari region, and from 1936 to 1991 Mari El, Republic of Mari El capital Yoshkar-Ola had the status of an independent Republic.

1990 — Religion Marie has received official recognition as the third religion in Russia and, thus, equal rights with Orthodoxy and Islam. But this does not mean that the powers that be have abandoned attempts to Russify Mari society. On the contrary.

Present — In the region now shared with approximately 700 000 inhabitants, Mari, now in the minority.

Only 6% of all Marie loyal only to their ancestral religion. Most practice as their religion and Orthodoxy.

After the fall of the Communist regime, active attempts are being made to assimilate the Mari in the Russian society, but a complete victory, they failed. Mari stubbornly adhere to their culture and, in this regard, in particular, to organize summer courses in which young people learn about cultural heritage of his people.

The head of the region Leonid Markelov banned, in particular, teaching in schools in the Mari language, shut down the Newspapers published in this language. About 80 Mari, who worked in the administration, in recent years, was fired.

Mari — a Finno-Ugric people, they speak their own language and has its own distinct religion. It is so Central to the culture of this people that Mari is often called the last pagans of Europe. Mari themselves claim that their religion is one of the oldest in the world.

The most important place in the religion of the Mari people take different types of rituals of sacrifice, they are all based on nature. The most important is the worship of Kugu – YuMO, Great White God. First worshiped 13 gods, there are some differences between rites among regions depending on their geographical location — on the hill or in the lowlands.

If you try to Express it briefly, the basis of the religion of the Mari people is the following philosophy: nature has a magical effect on people, to exist without it they can’t. Therefore, it is the source of everything good, it is necessary to protect, preserve, care for, it is necessary to worship.

But today only a minority of the Mari people worship their religion in its original form. Most simultaneously, are parishioners of the Orthodox Church and the parallel practice of both religions.

Mari often persecuted and oppressed by those in power, in particular, because of their religion, and it happens still. 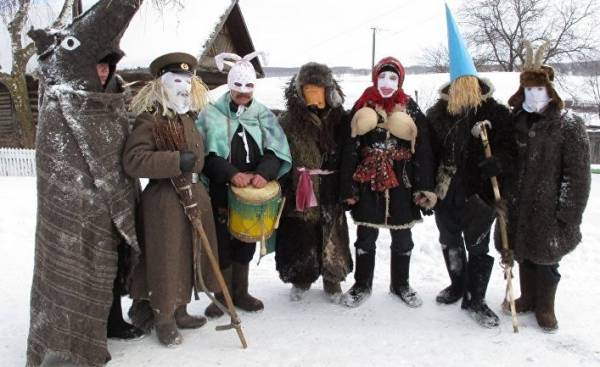 He first came to Mari in 2010, in an interview with Jyllands-Posten, he said that actually go to them he wasn’t going. In Russia, he arrived quite another matter.

“I was in Chernobyl, was going to remove it, as this area open to tourists. And while I was there, could not get rid of the obsession that everything that I ate or touched was radioactive. And so I wanted to get away from those places, and soon I was interested in the region, Marie.”

He looked online and found enough to decide to come to the region to meet with Mari in their home.

“I tried to contact someone from living here, and I found one musician, Yuri, who played the traditional Mari music. I wrote to him via the Internet, and he invited me to visit him. And so began my “Mari’s adventure”.

The musician lived in the village Oshara, and when the Italian photographer got there, he was welcomed with a concert by the 12 families of the village. Then there was dancing and a lot of vodka, a local vodka homemade.

When the photographer visited Mari, each time the visits lasted more than a month, he lived at different welcoming families as with hotels and other traditional places for sleeping, the region fared poorly.

“When I was moving across the region, as a rule, slightly tricky. Asked the local winter to help me with transport,” — says the photographer about his goals related to travel and accommodation with his camera among Marie, says the following:

“From the beginning I set a goal to capture how people live in rural areas, the spirituality that is so pervasive in society. The fact that I discovered that their daily life is very closely connected with spirituality. I saw with what love and with what respect they relate to nature, and this is evident even in the smallest of everyday things.”

That’s what Raffaele says Petralia, in particular, their is still three months away from Mari:

“Mari — very hospitable and friendly people. I travel a lot, but have never met so many people who were willing to allow me to live in their home, although they were a stranger. During my travels I have visited many villages and everywhere I was offered a place to sleep and food.”

Petralia also emphasizes that he is everywhere felt so that just automatically begin to take part in the daily life of the villages.

The photographer came to Maris and icy in winter and very hot in the summer, so he was able to learn how the people live all year round. He visited schools in the so-called “collective farms”, the old collective farms of Soviet times, and in many other places.

To the question about what motivates him as a photographer, Raffaele Petralla said Jyllands-Posten:

“It all started with curiosity. Very often it all starts with the fact that I read a book. Among many other projects this has led, for example, to the emergence of a report on how workers at a brick factory in Bangladesh, or report from one Chinese city, where, for the most part, produce nothing but things, unfit for consumption. I sometimes — as in the case of Mari — find sources of inspiration online.”

And the last question: can you tell me about how you usually work?

“I prefer to tell a continuous story, and usually I am in one place for a long time. Thus, I have established a certain relationship with those I photograph, in my company they feel safe.

Often it takes many days before I get the camera. It is very important that my characters feel comfortable and never remembered about her.”