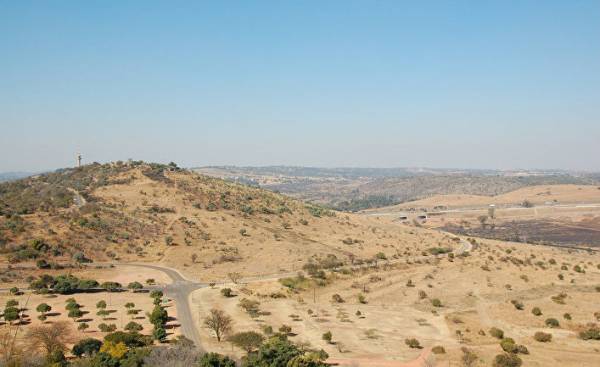 When the bail was released a couple of white farmer accused of killing 16-year-old Move of Matamala the Mosh, in the remote North-Western agricultural area of South Africa launched a brutal collision.

Farming in South Africa is one of the most dangerous professions. In February last year, three men broke in the middle of the night in the house sue Howarth (Sue Howarth) and her husband, Robert Lynn (Robert Lynn), which is located in a remote manor house in the village of Dullstroom, 240 kilometres North-East of Pretoria. They woke up, tied, inflicted several stab wounds, and then a long tortured with a blowtorch. The attackers then shoved it in his mouth Howarth plastic bag, and Robert Lynn wore the same bag over my head in an attempt to strangle this couple.

To suffocate them failed and then the criminals have taken their victims on the road. They shot twice in the head Howarth, Lynn and once in the neck. It’s amazing, but the victims survived the torture, and the next morning they were found by a passing man. Two days later, Howarth died in hospital from multiple fractures of the skull bones and terrible burns from his chest. Lynn has not yet recovered from his wounds.

This particular incident has caused some international resonance due to the fact that Howarth was a citizen of Britain. However, this kind of murders on South African farms happen quite often. About a month after this crime on a 64-year-old woman on a farm in Calmospetine was attacked by three men and began to torture her with drills. In both cases, the victims were white and the attackers black.

Official statistics on such attacks on farms there, but on April 26 the research Institute for AfriForum in its report has estimated that after the abolition of apartheid in 1994, were attacked on 11 781 people. At least 1 683 people were tortured and/or killed. Some human rights organizations reported that statistics of this epidemic of murder is much worse, as are known for their corruption the South African government deliberately hides information.

However, there is General agreement that this problem is becoming more serious. According to Agricultural Union Transvaal, the result is 345 last year’s attacks killed 70 people, and is the highest since 2008. The Huffington Post notes that this year the number of victims could rise to 80. Faced with this terrible threat, thousands of farmers put their land for sale and quit farming, and in many cases leaving the country. The number of white farmers in South Africa decreased from 60 thousand in 1993 to 30 million in 2013. But despite the fact that white farmers at a record pace leave their agricultural land, according to the police investigation, in 2003, two of the three victims of the attacks on farms were white.

Ernst Retz (Ernst Roets) of AfriForum argues that hate speech high-ranking politicians are pushing blacks criminals to targeted attacks on white landowners. In held in March 2017, the study notes a direct relationship between political rhetoric and murders on farms. South African President Jacob Zuma and politician-Marxist Julius Malema (Julius Malema) regularly sing militant hymns of the type “Give me my machine gun” and “Shoot the Boer”, which glorified the killing of white farmers.

During the celebration of its 75th anniversary, President Zuma said 20 thousand party members that he is ready to proceed to the forcible confiscation of land from white owners. “They say we break the law, if you begin to take the land. But they first broke the law by stealing our land, he said. Any normal person would not sit idly by while he steals his own land.”

Threatening a violent confiscation of land, of which family farmers are treated since the beginning of the 17th century, the Zoom goes by Zimbabwean dictator Robert Mugabe. When the government of Mugabe in 2000, the beginning of the power to seize white owned land without paying any compensation, from their homes were evicted about four thousand families of white farmers. Dozens of people were killed. This measure has cost Zimbabwe about $ 12 billion because of losses in agricultural production throughout the country began the economic collapse.

In South Africa were killed between two and three thousand farmers, and another 30 thousand people left their land.

While in the farmhouses of South Africa and the screams of fear and pain, in Zimbabwe occur paradoxical and ironic events. There are strongly persuaded Mugabe white farmers to come back once again to engage in agriculture, which has a “strategic importance to the economy”.

If South Africa will nationalize farmland, including through brutal torture older women with blowtorches and power drills it will not solve its economic problems. Instead, we must teach people how to cultivate the land, to farm, raise a family, and how to get along with each other. This is the greatest command of our Lord — to give all races, nationalities and ethnic groups to this kind of training, even if they don’t want to hear. True peace and happiness will come only if people would follow the law and commandments of God. But the human heart is filled with pride and doesn’t want to admit he did not know the way to lasting peace, happiness and stability. Until mankind will learn this lesson the hard way, imposed by the person solutions such as the forced land redistribution will contribute to more hatred and violence.