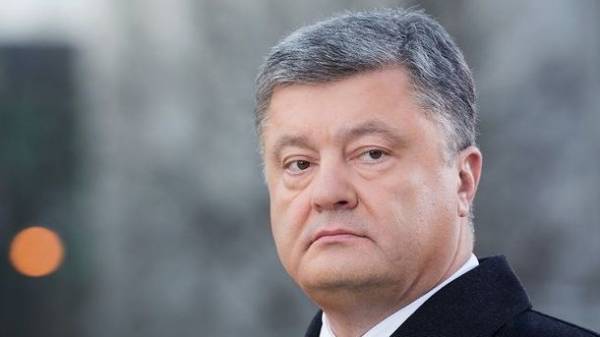 The President of Ukraine Petro Poroshenko has formed a working group which within three months must prepare a draft of the annual message of the President to the Verkhovna Rada about domestic and external situation of Ukraine and approved its personnel.

As reported on the official website of the President, the corresponding decree №100/2017-RP the head of state signed on Friday.

According to the document, within three weeks, the working group must decide the structure and schedule of the project preparation of the message, the content of the necessary materials.

Guidance on the preparation of the draft of the message and the working group of the President laid on the head of the presidential Administration, Igor Rainin.

The order allowed the head of the working group to make changes in its personnel, if necessary, and draw in the prescribed manner to the work of representatives of Executive authorities, scientific institutions, public associations, as well as domestic and foreign scientists, independent experts.

Zamglavy group appointed adviser to the President, Director of the National Institute for strategic studies Volodymyr Horbulin, who is charged with a methodical and scientific support of the preparation of the draft of the message. First Deputy head of the AP Vitaliy Kovalchuk also appointed Deputy head of the group.

The state administration is mandated to adopt, as appropriate, measures to ensure the financing of costs associated with the preparation of the draft of the message.