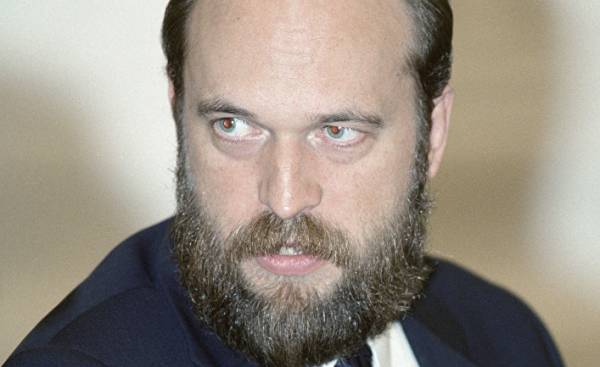 It seems that a prolonged court battle between the former oligarch Sergei Pugachev, and the Russian Federation has no end. However, the expected in mid-June, the decision of the Paris arbitration court on the introduction of interim measures against the Russian side will be the first indicator of whether hypnotherapy one day to billions of euros, which he demands as compensation for the “expropriation” of its property.

With these precautions, a former ally of Vladimir Putin hopes to avoid a repeat of failures that befell the shareholders of Yukos: when the Netherlands court verdict on compensation of 50 billion dollars in July 2014, they still can’t enforce it.

At the hearing April 17, Pugachev asked the court to decide on bail Russian: 5.5 billion euros in cash sequestrati account, Deposit 12 billion under the state guarantees or pre-freezing of foreign assets. “Since Russia never pays, what is the fuss?” — summed up the former oligarch before his departure from Paris to the côte d’azur, where he now lives.

Before the court case is not ordinary-in covered amounts and political overtones. Pugachev, a former Tuvan Senator and a citizen of France since 2009 (in 2012, he refused Russian passports), from 2015, is seeking compensation from Russia of 11 billion euros in force of a bilateral investment agreement, which was signed in 1989, France and the Soviet Union. The Hague arbitration court with the jurisdiction to consider lawsuits under this Treaty, granted the request Pugacheva about the hearings in Paris. The decision was made for security reasons: in London, where he lived before we moved to France under his car discovered a suspicious device (the investigation is still ongoing).

Sergei Pugachev is believed to have been a victim of systematic expropriation of pearls built in the 1990-ies of the trading Empire: the shipbuilding plant in St. Petersburg, a coal mine in Siberia, real estate and land up to red square…In total, all of this is worth at least 11 billion euros.

Russia denies these accusations, and she leads the investigation against Pugachev on suspicion of fraud and money laundering. In particular, the Russian law enforcement bodies accuse him of the theft of a billion dollars in the course of bankruptcy of Mezhprombank owned by him in 2010. Former oligarch denies these allegations and says that is not supervised by the Bank since 2001. Given the fact that Russia is an independent judiciary is a fiction, to assess the reality of the charges is almost impossible. All that matters is opal, which is definitely confirmed by the state government.

In the 1990-ies Sergey Pugachev was in melee range of the Yeltsin clan, the first accounts of which were placed in his Bank. He remained in the orbit of power during the elevation of Vladimir Putin, calling themselves his mentor in the first years (probably an exaggeration). So, what is the reason for the sudden fall of the faithful servant of the regime? In an interview with Le Monde in January 2015, he said that he was always “the opposition alone” and tried to change the position of the head of state. The threat to Putin from it did not come.

The businessman was always two explanations. First, the desire of the members of the entourage of the President (a new generation of oligarchs led by the influential Igor Sechin) to get it profitable assets. Second, the “complexes” of the President, who sought to erase the memory of the first tentative steps in the Kremlin. “From a group of people who were eyewitnesses or even participants in the process, when the former one became President, it was just me, — said the businessman in 2015. He wants everyone forgot about those times”.

His fall could accelerate and too active investments in Europe and particularly in France. In 2000-ies, when Pugachev was in the Zenith of his influence, he has acquired a chain of luxury shops Hédiard, while his son bought a newspaper France-Soir. Both companies went into decline.

Now the former oligarch is optimistic about the prospects of the arbitral proceedings, the results of which are expected in 2018. “Everything will be very simple: who owns the property today? Where the money was to pay as compensation?” His main asset were the documents confirming the intentions of the Russian state to buy back expropriated in the end, the assets. In one of them, the statement of the Ministerial meeting (Le Monde was able to read it), you specify a plan on how to facilitate the sale of Pugachev shipyard. In particular, it mentions the possibility of beginning the validation of the FSB regarding violations in the company’s management.

The Russian side, in turn, prefers to remain silent: an unprecedented case in the billions the games, in which the image means nothing less law debate.