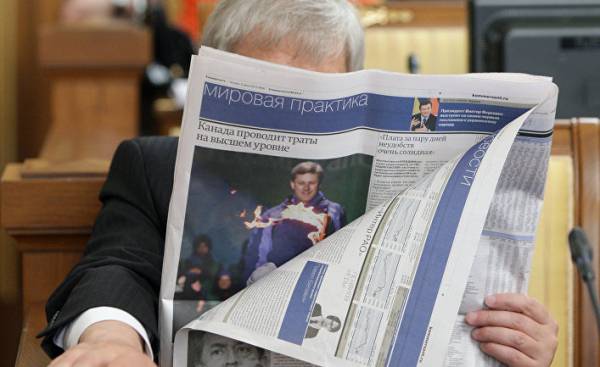 Today in Prague ended one event: the analytical center “European values” held an international conference STRATCOM SUMMIT 2017. The analytical center, according to the released salary statements of its activists lives on sponsorship money, and in a semi-official part of the conference organized by them (access only after accreditation issued by the organiser, or “by invitation”!) participation of 330 experts from 27 countries. Then followed a closed part for members of the government (140 people from 14 countries). It’s never spelled out, but Mr. Miroslav Polreich refused to participate the same as last year.

In the conference many surprises. Amateur analytical centre trains members of the government? By the way, the work of this Center paid by God knows who from abroad! The event was held in the Ministry of internal Affairs, as well as last year. With a salutatory word there was made by Prime Minister Bohuslav Sobotka!

The roster of speakers at the conference are unknown to us, and we can only marvel at the list of those with whom it was possible (in the mode of “on the record” or “off the record”) to debate. But the theme of the conference was clearly defined, and its formulation is worth quoting: Russian disinformation campaign and the Russian operation to expand its influence, the conduct of hybrid warfare and psychological operations, Islamic extremism and radicalization, terrorism, the activities of Russian intelligence services, the situation in the sphere of security in the Baltic States and the Russian threat in the region, the conduct of cyber warfare and cyber defense, the response of Germany, Finland, Sweden and the Baltic countries to Russian aggression, cyber threat and operation of disinformation, as well as fake news and media education.

According to the organizers, the enemies of civilization is Russia and the “Islamic state” (banned in Russia — approx. ed.). Thank God that Donald trump has a different opinion, thus spoiling these instructors the whole picture. He seriously took the threat of the “Islamic state” and the Russian fight against it, therefore, deals with the Russians with dignity, as partners.

And it has long been accepted not a comic turn. We are talking about the actual task you put in front of all faithful to the oath members of the security services, civil and military, defense and forwards. Strictly speaking, everything will be done to the leaders of these services carefully studied the issues, and otherwise they will be deemed “frivolous”, and the consequences will not keep itself waiting.

Even if they go for it in the name of Donald trump, who may still be able to throw away these “Killjoy” with their cold war into the dustbin of history. Shaking his fists with taxpayers ‘ money after the fight (which may not exist at all) and have no way to deal with this threat is too much! To exclude such variant is the case of MPs, which controls the security services and, above all, their bosses. However, under the current government it will be difficult because no one there is clearly no courage, no dignity to speak out against this propaganda tsunami.

But it should not be limited only to security services, because it is not joking to hinder the fight against terrorism, erecting flimsy obstacles in the spirit of the cold war, is extremely dangerous. How these actions fit into the criminal code, it is worth considering the relevant authorities (after receiving information from intelligence agencies).

In General, all this anti-Russian propaganda is very strange, because if copied from an anti-American propaganda of previous years, which was propagated by the so-called criminal Communist regime in the darkest times. At the conference there was not one prominent opponent on the aforesaid topics. From this anyone who has at least a little bit educated, understands that the truth of the event were not looking. Looking for the truth in confrontation. But, apparently, this time it is not found, as, incidentally, and other events of this crap propaganda center, which is not ashamed to talk about European values.

The conference, where no dissent was held in the North Korean victorious spirit, like all sessions, this is not analytic, and advocacy center, and its name is appropriate, “European” would be “North Korean values.”

So no wonder that this anti-Russian propaganda of the first violin is played by different political leaders, former teachers of Marxism-Leninism (Vladimir Votapek — the main Czech “specialist”, Gregory meseznikov — chief of the Slovak, and the list goes on). Many moderns can turn his head, and they sometimes think that the right and left, East and West mixed up, but then it comes to understanding the cruel reality: that which previously flowed to us from the East, is now flowing from the West!

Once this problem is interestingly commented on by Ludvik Vaculik: “Communism is not a position, and character, and in every generation, this character is manifested in different ways, taking different political forms. For that kind of behavior is typically that the actions of the man ahead of his thought. Even in the best sense.”

So (up to the last sentence) Vaculik very accurately described the mentality of the American neoconservatives, which, however, it is not surprising, because these “transpermia” are actually former Trotskyites. But the Czech post-revolutionary mad men is still trumpeting about communism, because once learned to think in the party or the Komsomol. But the catch is not in the word communism, and just in the same character.

So the whole crowd (pre-revolutionary, and now in North Korean style) will only be strengthened in its conviction: that really stupid people no doubt not even come to mind. Strengthen your character, it will help the technique, described in witty advice on how to become a millionaire: “the First year you have to be a real pig. — A second?— Then get used”.

At the conference, the crowd will admire and applaud, and all unwanted elements are eliminated. The crowd will act with a cool head, warm heart and clean hands. By the way, the Ministry of interior in some files there is still the very old but good slogans.

There will be working for the American propaganda machinery, which has been described many times and, unfortunately, applied. Anyone need to slander and be immediately punished. Don’t wait no ships — it’s all too much. Recently, the Minister of internal Affairs Hovanets well demonstrated that when the media began to discuss the strange recordings of conversations between the journalist and Pribram Minister Babish, in which we discussed about some protocols. Hovanets I do not doubt that they broke the law, and right and told the media that the investigation will address only those “how seriously they had violated the law.”

He and others like him did not know the basic European values, such as, for example, the presumption of innocence or the principle of involving a third party to resolve the dispute. To do this, now, two thousand years, there are courts, but anti-Russian propagandists did not submit to the court any accusations against Russia. Not familiar with these people and other hand, is already from a medieval principle that only a fool says that the heard — the wise speaks only of what I saw with my own eyes.

Why am I defending Russia? Yes, because I defend, first of all, yourself! If we let these anti-civilizational forces to pollute the public environment and to get us back in the times of normalization with the threat to sink in the middle ages, if not antiquity, when disputes were solved by right of the strong, sooner or later, it’s a very negative impact on the lives of all of us!

We recently had similar problems and let us pledge ourselves that we will not let reps!

Author and analyst in the field of security and a former employee of special services of the BIS.