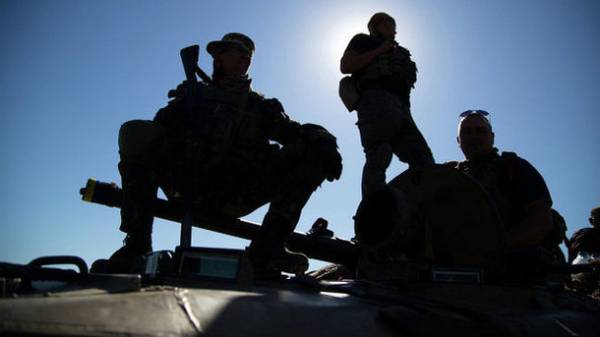 This year in Ukraine started electronic register for military service. For this, the Parliament adopted the relevant law, and the President signed it. The military believe that the Ukrainians will no longer be able to escape conscription into the army. Commissar can find deviationist in any part of the country as soon as he, for example, to get a job. What information will be collected even on minors. The website “Today” figured out how to work the register for military service.

The evaders can no longer hide from the military commissioners, are confident in the staff. “After the introduction of the registry, the Dodgers can’t hide. Information about them will be stored not in the military at the place of registry, and in the uniform register, to log in which will from different parts of the country”, – said the employee of the General staff of the Ukrainian Armed Forces Colonel Roman Bakumenko.

By the way, the recruitment drive is already underway in Ukraine. This spring, the military will call for more than 14 thousands of Ukrainians across the country. Most of all in the Dnepropetrovsk region (1480 people), and less in Luhansk – 210 young men.

For evasion from an appeal on military service (article 335 of the CCU) is threatened by restriction of liberty for a term up to three years. As the lawyer says Yuri Zygmund, in fact, deviators “shines” is a conditional term. The lawyer said, after probation the conviction is removed. If the reservist was not on the agenda in voenkomat, are not reported to the police station about the change of residence, he faces a fine in the amount of UAH 85-119. For repeated violation – from UAH 170 to 255 hryvnias. By the way, according to the law, employers are required to inform the military about their employees of military age.(part 4 of article 34 of the law of Ukraine “On military duty and military service” from 25.03. 1992 No. 2232-XII).