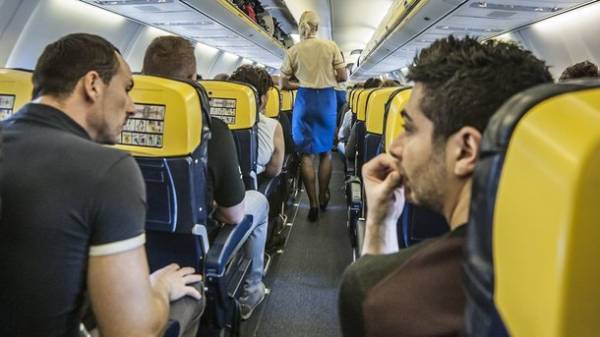 Ukraine finally passed the last of the European court on the way to a long-awaited bezveze — the Council of the European Union on 11 may gave the nod to the liberalization of the visa regime between Ukraine and the EU! “Now the 17th of may in Strasbourg at the European Parliament officially signed the relevant legislation. The decision will be published in the official journal of the European Union, and in 20 days it will enter into force. About 11 June the European countries incorporate a green light to the owners of the Ukrainian biometric passports for short trips,” — said the President Petro Poroshenko. Recall, besbes will be valid for travel for up to 90 days within six months.

WHO WILL GO. Opinion polls show that most will be happy with this news, the inhabitants of the Western and Central regions of the country that have the financial ability or are in geographical proximity to the EU border. So, according to the research group “Rating”, bizwiz will greatly simplify the lives of the residents of Uzhgorod (where 35% of respondents traveled to Europe one or more times during the past five years), Ivano-Frankivsk (33% were in the EU), Lviv (28%), Ternopil and Kyiv (27%). But almost does not happen in the Eurozone, residents of Severodonetsk (only 5% of respondents travelled to the EU countries), Sumy, Zaporozhye and Kropiwnicki (in these cities, 6% went to EU countries) and Kharkov (8%).

THE EXPERIENCE OF THEIR NEIGHBORS. Meanwhile, in Georgia, where bezviz with the EU has little more than a month, for free entry to European countries have already benefited from 11.7 thousand citizens, which was not allowed only 26 people. This was announced by the head of the parliamentary Committee for European integration Tamar Khulordava and explained the reason for the refusal was the absence of either a biometric passport or a clear purpose. By the way, the first border control, the nation is still in Georgia. “Our border is conduct a little interview; asking the return ticket, hotel booking. But generally about rules all of Georgia note: previously issued information leaflets, informed by the rules of entry on television and radio”, — told us the resident of Tbilisi Arthur Gasparyan.

But in neighboring Moldova, which enjoys a visa-free regime with EU in 2014, saying that now on the border have nothing but a passport, and did not ask. “The first time was interested in the purpose of the trip, occasionally the tickets asked. But then I realized that those who want to work in the EU, has long made the Romanian citizenship, the us is not a problem (Romania is an EU member. — Ed.)”, — explained to us Boris D. from Chisinau.

The boom of biometrics in the Donbas and in the Crimea

Citizens of Ukraine living in the occupied territories of Donbass, are also preparing for bizwise — activists say that the so-called “LNR” and “DNR” increased the number of companies offering to make the Ukrainian biometric passport. For example, in Donetsk literally on each pillar is hung like ads. The question price — 3 thousand UAH with a trip to the territory controlled by Ukraine.

But in the Russian occupied Crimea last two years there has been hype around biometrics Ukrainian: “According to the SFS, in the period of 2015-2016 was issued on 26 140 biometric passports and biometric documents 5304 children up to 16 years. The lion’s share of those living in Crimea. People sit on the train Novooleksiyivka and go to the region, where he managed to negotiate — explains the coordinator of group “Information resistance” Dmitry Tymchuk. Will be interesting to compare the statistics by the end of 2017 In the Crimea and Sevastopol are already lots of announcements “Make a Ukrainian international passport. Without going to the mainland.” 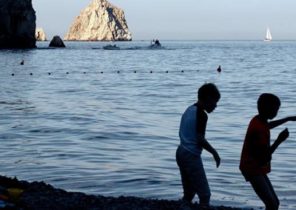