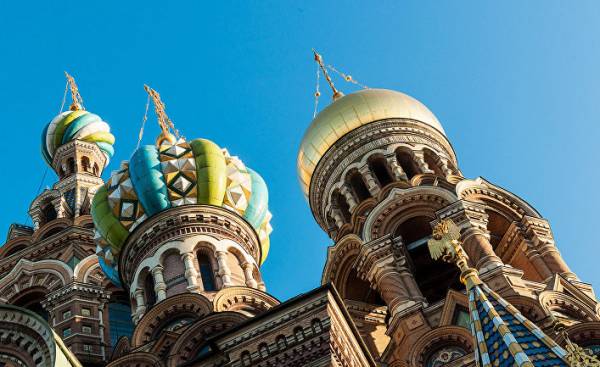 Tages-Anzeiger: one Hundred years ago, the last Russian Tsar abdicated. You are a Prince of the Romanov dynasty. What do You think?

Hans Georg Yurievsky: a lot. Families die out gradually. Many branches of the Romanov family has no children or they are just feminine. All this would be different if there was no war and revolution. Then today, there would be the Russian court, it may be the same as in England.

— Your great-grandfather, Alexander II considered the Tsar-liberator. He could save the throne?

After the defeat in the Crimean war, Alexander II realized that Russia must be reformed. The most important reform was the emancipation of the serfs, so it is also called the king liberator. My great-grandfather wanted to introduce a constitutional monarchy based on the example of Britain. But this did not happen, because in 1881 he was murdered. It was the beginning of the end of Russian tsarism.

— After that, the drive for reform has passed?

— This attack was a shock to his son Alexander III. He kept to himself, lived, in fact, with a sense of fear. Instead to consistently respond to such challenges as industrialization, he abolished many of the reforms of his father. The last Tsar, Nicholas II, was more open. However, social development has lagged behind industrialization. And then there is overdue revolution.

— To what extent is this reluctance to reform led to revolution? Whether it was to hinder her?

Yes, the revolution could have been prevented. Even Nicholas II could have changed course, if he resolutely postponed reforms. However, he was convinced that everything must stay the same as before. He was a deeply religious man, he believed in the old classical realm in which nothing needs to be changed. It is additionally blocked his actions.

In 1991 You first arrived in Russia. Was it banned before, or You do not like?

— Not even tried. My father has survived in exile for two attempts. He was born in 1900 and survived all these catastrophes — world wars, revolution. He didn’t believe more in what they can ever return to Russia. He died in 1988 and did not survive the sharp turn in history. I was the first in the family who returned to Russia.

— Until You don’t recognize this country, how was it “return”?

Is one of the most important events in my life. When I stepped on the land of this country, I realized that this is my Fatherland. I never thought it was possible to be so closely associated with country and so to feel it, though never been there. This ached heart. The people were very cordial, very Frank and interested.

You beat at the two aristocratic heart. The family of Your great-grandmother’s happening, in fact, from Kiev. How do You see the dispute between Ukrainians and Russians?

— This division is for me very sad. The kind my great-grandmother, Dolgoruky, comes from Kievan Rus, in fact, of ancient Russia and of the original Royal family of Rurik. So it is difficult to separate Russia and Ukraine from each other. For me it is one.

— Vladimir Putin sometimes appeals to old Imperial grandeur. He, as once Catherine the Great annexed the Crimea to the Russian Empire. Is Crimea really Russian for “Shrine”?

For many, it really is, and it certainly for many, very very important. It has emotional, religious, and strategic reasons. Based in the Crimea, the black sea fleet, and my great-grandfather also fought there in the Crimean war. The area was defended with blood. This was at the West willing to forget.

The annexation brought Russia a lot of trouble…

— America can do in the world whatever I want, and nothing to worry. It is hypocrisy when talking about United States violations of international law. Their own violations so significant that the history of the Crimea just looks ridiculous. After the coup in Ukraine in 2014, no one knew that he was going to do in the Crimea the new leadership. Russia was forced to react decisively to avoid casualties. And Putin did it quickly and elegantly.

— Are sanctions an appropriate tool for dealing with Russia?

Absolutely not. Sanctions are in principle as dementia. They give nothing and cause great economic losses to both sides. Sanctions cause a reaction. This leads to the level of play in the sandbox. And who knows Russia, who knows what the sanctions are completely counterproductive. They United the country. And who do they harm? Billionaires whose companies around the world, sanctions not to affect. The victims here are the small and medium-sized enterprises that are not in sanctions list.

— Whether it is just to say that everything is in order?

— No, but it was necessary to find solutions through diplomatic and political level. The change of power in Ukraine had to happen politically correctly. For example, as a result of new elections. Instead, Western States and even supported the coup in Kiev.

And as it was necessary then to do with Russia?

— To acknowledge that she has other ideas, other representations of values, a different point of view, different life style, different religious and cultural background. You need to understand the other side, do not always look at everything through Western spectacles, and not to put yourself all-knowing. Without the lifting of sanctions will not change anything. If Switzerland wants to do something positive here, it could repeal these measures and thus to bring all parties again at the same table.

Combination. Russia is undoubtedly in need of strong leadership, no matter what the system, whether the king or the President. Such a complex, diverse and large country, you cannot lead without power and strong personality. We are talking about countless languages and ethnicities, all religions of the world and eleven time zones — there can be no question of a cosy chatty democracy.

— The ideal state system for Russia would be a modern constitutional monarchy in which the king would be a factor of stability and security. This would fit the history of Russia. In the short term it may seem unrealistic. However, in the long term this effect will appear thoughts and ideas, which I as a monarchist convinced.