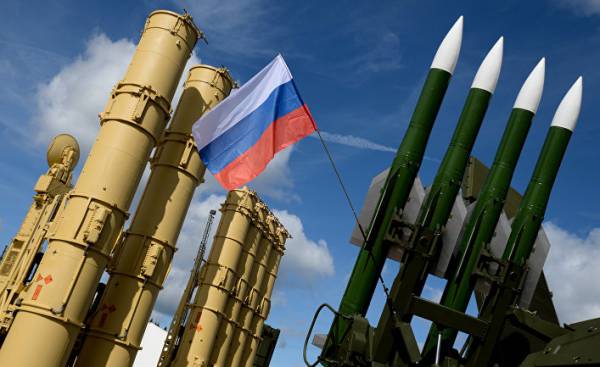 Russia is trying hard to conclude a major deal to supply weapons to Saudi Arabia. However, there are many reasons why Saudi Arabia is not willing to accept Moscow as a reliable weapons supplier. Some of these relate to reports that Russia gave Israel codes for defense system sold to Iran.

Despite the fact that the American defence company are the major suppliers of weapons to Saudi Arabia and prepare to receive billions of dollars in connection with the forthcoming visit of US President Donald trump in Riyadh, Moscow is making more efforts to involve the Saudis.

Senior Deputy head of the international security program at the Center for strategic and international studies Melissa Dalton said that the situation on the world arms market has changed since then, as Saudi Arabia began to enter into arms deals with the United States, Russia, China and European countries.

As published on the official website report of the Ministry of defence of the Russian Federation said that Saudi Arabia wants to buy more modern Russian weapons.

Ex-Pentagon official under the Obama administration Melissa Dalton reported that the opening of negotiations on the supply of weapons between Saudi Arabia and Russia no accident. This is part of the strategy that is used by Riyadh to get a better offer from the USA.

Saudi Arabia plans this year to increase military spending by about 7% due to the ongoing war in Yemen and the growing military threat from Iran.

Military spending Saudi Arabia accounts for about 10% of the total GDP specified in the budget for 2017, which was published in December.

In 2015, Saudi Arabia ranked second in the world among importers of U.S. weapons, losing the championship to South Korea.

“I think defense companies in the US will rush in Riyadh to ensure that they will not lose these deals,” says Moody’s analyst Jonathan Ross.

Relations between Washington and Riyadh became tense after the administration of former U.S. President Barack Obama has decided to stop arms sales and military support of Saudi Arabia because of the war in Yemen.

This decision led to the fact that the Saudis have begun to look for alternative arms suppliers, including to consider Russia in this way. However, administration of the President of the United States Donald trump is seeking to repair relations with Riyadh.

To emphasize its desire to restore relations with Riyadh, Donald trump will make his first foreign trip as President to Saudi Arabia at the end of this month.

According to Reuters, the United States can obtain tens of billions of dollars from the sale of various arms of Saudi Arabia, what is now often discussed before the visit of the trump Kingdom.

The Agency also reported that there is the possibility of signing some new deals on weapons, despite the fact that everything has already been agreed.

It is unlikely that Moscow replace Washington as the main supplier of weapons to the Kingdom, because American defense companies continue to dominate in larger transactions for the sale of arms of Saudi Arabia.

However, it seems that the Russians are willing to sell advanced weapons systems that will not be able to sell the US because of opposition from members of Congress and Israel. “The Saudis made a deal with China for the supply of weapons due to the fact that the United States at that time were not inclined to sell advanced weapons to Saudi Arabia. So the Saudis found another option to buy weapons,” reports Melissa Dalton.

At the same time, perhaps the Russians will help the Saudis to create their own ballistic missiles, as previously helped Iran. As evidenced by the missile tests of Iran last year. Iran conducted a test of high-precision missiles with solid fuel “Zulfiqar”, and then threatened to use them against Israel.

In addition, Moscow provided assistance to Riyadh, when he began the execution of his ambitious plan to build 12 more nuclear power plants worth $ 80 billion.

The Saudis still perceive Russians with great skepticism, because Moscow maintains close ties not only with the main rival Saudi Arabia Iran, but another enemy of the Kingdom — Syrian President Bashar al-Assad.

Saudi Arabia knows that Russia can not always be trusted, when it comes to military equipment. At the beginning of this year in a press there was an information that the Iranian army learned of the deception by the Russians the Iranian government in the sale of its air defense system.

In addition, Russia is suspected of giving Israel the codes, allowing Israeli planes to find gaps in the system of protection of air space, provide Russian anti-aircraft missile systems s-300.

The Syrians bought the same system of defense. This may explain why Israel for many years was free to fly in Syrian airspace without fear of air defense systems.

Anti-aircraft missile system s-300 complex missiles “ground-air”, was developed during the cold war in the late 1970s, but has undergone modernization, thanks to which you can compare with the American anti-missile complex Patriot.

It is reported that Tehran and Damascus could solve all problems to make the system less vulnerable. Israeli aircraft during the attack on Syrian military positions about two months ago, was fired on by Syrian anti-aircraft missiles.

A billion dollars of ammunition

The Saudis don’t need any more Russian air defense systems. They have some of the most advanced equipments of the United States, including at least two types of Patriot missile defense systems.

In fact, in March, Saudi Arabia has used a missile-defense system to shoot down missiles fired by the Houthi rebels in Yemen, which is supported by Iran.

Saudi Arabia seeks to buy missile defense system from the American company Lockheed Martin. They say that the proposed transaction armament also includes the purchase of weapons from Raytheon company for a billion dollars, including warheads, armor-piercing shells and bombs with laser guidance.

It should be recalled that Saudi Arabia for many years acquires warships in France and the UK to strengthen its Navy with submarines. This is due to the more aggressive policy of Iran in the region, which is testing modern submarines. 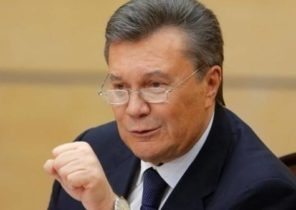