Ukraine continues to strive to join the EU and NATO. The issue of granting Ukraine the action Plan on membership in NATO is agreed upon for a long time. To date, allies have to take only a tactical decision, but for further movement in this direction, the Alliance Ukraine put forward a number of requirements, including tangible progress in security sector reform and defense.

This was Deputy foreign Minister Yegor Bozhok said in an interview to “Interfax-Ukraine”.

According to Deputy foreign Minister, important from a strategic point of view for the further approximation of Ukraine to the NATO membership is the issue of security sector reform and defence, including the intelligence sector, the Ministry of defence, the Armed forces of Ukraine and defense industry, and in this way Ukraine has made a number of necessary steps.

The Deputy Minister noted that, in fact, Ukraine has already transferred the Ministry of defense to NATO standards. It still has to implement several steps to translate the General staff of the Armed forces of Ukraine the so-called J-structure that is common to all countries-members of NATO.

“But it’s more technical than a political issue. All political steps have already been taken: adopted a law, the President signed it. That is where we really show serious progress,” he concluded.

As reported “Today”, October 31, 2019, the Secretary General of the Alliance Jens Stoltenberg was a visit to Kiev, met with the leadership of the country. According to him, today the Alliance not even considering the issue of Ukraine’s accession or of receipt by it of the map, but he pointed to the Kiev right way to NATO membership.

In turn, after a meeting with Stoltenberg , President Vladimir Zelensky said that Ukraine does not remove the issue with the map agenda. The President also announced the strengthening of cooperation with the Alliance and new joint projects. 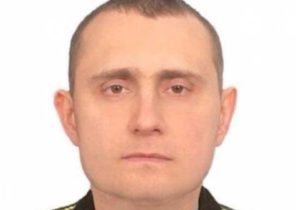