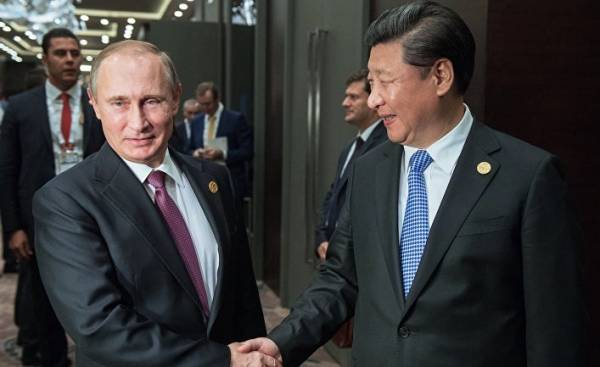 Russian-Chinese relations are at an unprecedented high level and so it will continue, said President Vladimir Putin ahead of the meeting with his Chinese counterpart XI Jinping on may 14-15 at the international forum organized in Beijing the Chinese leadership. These words also became a kind of response to Putin’s optimistic statements in Washington that the new administration of Donald trump managed in just three months “to isolate Russia” in the UN and to persuade China to their side. The proof of these statements was the visit of XI Jinping in the United States at the moment when trump ordered the missile strike a “Tomahawk” against Syria, and that Beijing put together for Russia veto anti-Syria resolution, and abstained, as it usually does in the last decade. But remember the same baseless statement from the White house about Russia made in recent years. For example, former President Barack Obama solemnly declared that ripped the Russian economy “in tatters”, and then acknowledged that this assessment was incorrect.

The official response of the Beijing that Washington did not have long to wait. Chinese senior diplomat GUI Zunun said that the Chinese “relations with Russia have serious potential.” “No matter how the international situation changed, our commitment to the development and deepening of comprehensive partnership and strategic cooperation will not change,” he repeated, only in other words, Zunun what Putin said. But if such enthusiasm from the Americans caused only one XI Jinping’s visit and his first meeting with trump, then how to assess the fact that this year, Putin and Jinping have met four times already?

Moscow and Beijing have built our relationship, being on an “unprecedented level,” not in a hundred days, while trump believes that he did it. The partnership with the periods of stagnation created by decades and was cemented 20 years ago — April 23, 1997, when the presidents Boris Yeltsin and Jiang Zemin signed the Moscow Declaration on a multipolar world and the formation of a new international order. This important instrument with a great name is a logical continuation of the historic agreement reached in 1996 in Shanghai, where Boris Yeltsin and Jiang Zemin, together with colleagues from Kazakhstan, Kyrgyzstan and Tajikistan (Nursultan Nazarbayev, Askar Akayev and Emomali Rahmon) formed the Shanghai five. It later summits were held annually until 2001, when in Shanghai again, this group was renamed the Shanghai cooperation organization (SCO).

In that moment, in 2001, the head of Russia already stood Vladimir Putin, who held a consistent job of creating a multipolar world and close cooperation with China that began under Yeltsin. Today SCO includes 20 members, of which 14 are full, and the organization consists of 3.4 billion people. And although this is not a military bloc in the traditional sense, the main purpose of the SCO is to protect the safety of its members, with an emphasis on economic cooperation. In the SCO there are a number of bodies, including the Secretariat, the Interbank Association, as well as the Regional anti-terrorist structure. It is headed by the Council of heads of States which meets once a year.

Solid Foundation of Russian-Chinese cooperation, and the SCO, have laid Yeltsin and Zemin signed the Moscow Declaration in 1997. And although it is quite short: only seven points, it contains key concepts and terms that today constitute the essence of international relations. In the first paragraph States: “the Parties in the spirit of partnership will make the effort to promote a multipolar world and the establishment of a new international order”. Notes the need to say goodbye to the thinking of cold war and bloc politics, and expressed “concern about attempts to expand and strengthen military blocs, since this trend may cause a threat to the security of individual countries, tensions in regional and global scale.”

Emphasizes the leading role of the UN in the world and the fact that no other international organization can replace it, and peacekeeping operations can only be carried out by decision of the UN security Council. It is said that Russia and China “claim a long-term interstate relations of a new type, not aimed against third countries.” And again the conclusion: “This is an important practical experience for the establishment of a new international order”. The last and seventh point is quite a clear statement: “Humanity is entering a new era”.

Despite such a clear and peaceful — statements, we can say that the West have not heard them. A proliferation of international military intervention without UN security Council mandate, and the first in the “hit list” was our Federal Republic of Yugoslavia. Immediately after this NATO military bloc started to “enhance” such incredible proportions that he came to the border of Russia, almost completely engulfing Eastern Europe and the Balkans. The management of the Alliance requires the members covered by the economic crisis, to allocate more and more funds, “defense”, though a real military threat, no, the NATO bloc itself is totally militarized continent.

After 20 years we can say that these military actions was the US response to the statements contained in the Russian-Chinese Declaration about a multipolar world and the formation of a new international order. Unfortunately, instead follow the path of international cooperation and the creation of a multipolar and harmonious world order, Washington has chosen the path of confrontation, threats of war, bloody interventions, unilateral sanctions against many countries. This leads to a systemic economic crisis, poverty, humanitarian disasters, and as a result millions of refugees go to Europe, provoking a strengthening of neo-fascist sentiment. Europe are taught that a threat to its existence is not a NATO militarism, and Russia, European borders which is surrounded on all sides.

In such a situation, the strengthening of Russian-Chinese cooperation is the only logical step, since Beijing are well aware that if Moscow will submit, next in line are Chinese. And while a multi-polar world, how it was conceived two decades ago, Yeltsin and Zemin, is not formed during this time Russia and China have considerably strengthened their position in the modern world. China has emerged as almost the largest economy and industrial base of the planet, and Russia has restored military capabilities that can withstand the forces of the US and NATO combined. Together, Beijing and Moscow to promote their political influence and interests not only in Eurasia but also in other parts of the world.

After going over the last 20 years all these stages, Moscow and Beijing have built a relationship that is described as a “strategic partnership”. On the other hand, the relations between China and the United States can be described as “strategic rivalry”, despite the huge mutual trade turnover. We must not forget that the trade deficit with China reached $ 200 billion a year. Because of this, trump threatens China trade war, but so far nothing — probably realizing that in the moment when he burns all the bridges with China, will decline in the USA. China would survive such a blow, but at the same time broke all the ties which link two States. After that, it can easily reach the armed confrontation that is brewing on the Korean Peninsula and along the entire sea border of China.

Therefore, it is clear that China is using the tactic of waiting, will increase their economic power at the expense of America as much as Washington will allow it to do, not having the strength to stand firmly against the Asian colossus. This may explain the perennial attacks Obama on Russia, which continues after the arrival of the trump. Probably in Washington believe that Moscow is a more easy target, although many Western experts are sure that Russia and China are just two ends of the same stick. This can also explain the many “tests” in the Western media, often conflicting: some say that Moscow and Beijing will establish a military unit, others are giving forecasts for the Chinese invasion of Siberia. But in fact, and in another case the motive is the same — fear of the Russian-Chinese Alliance and the creation of a new international order. 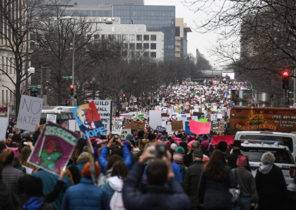