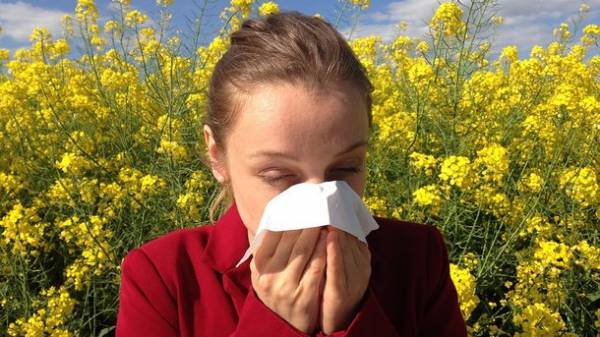 Almost 100 million people in the world suffer from allergies and asthma. All this is accompanied by unpleasant symptoms, ranging from nasal congestion, ending with a grueling headache. At that time, how many still remain committed to the traditional methods, the researchers propose new treatment alternatives: biofeedback (treatment of psychological disorders associated with stress, emotional and physical strain) immuno – and phototherapy, writes likar.info.

In order to build the correct strategy of treatment, you need to understand why this issue is gaining such momentum.

Climate change has led to earlier and longer season of flowering, which are known to increase the likelihood of developing allergic rhinitis in people with sensitivities. In an attempt to get rid of the annoying symptoms of allergies, people are looking for methods that would be based not only on reception of antiallergic drugs. Come to the aid of alternative methods that may be another part of the “holistic” approach to treatment.

Alternative therapies whose effectiveness is now being actively investigated include biofeedback, exercise, yoga, traditional Chinese medicine, acupuncture and the adjustment of supply. For example, in one of the studies, a direct relationship between baby food and such diseases as eczema and asthma.

It is assumed that the main factors that trigger various allergic diseases and asthma may be the stress and increased anxiety. This gives hope that those types of alternative treatment as biofeedback, yoga, massage therapy and exercise, in combination with medical treatment can have a noticeable effect.

“Not so long ago, I came to accept my friend, a gynecologist with a complaint of rash that plagued her for two months. Before you start diagnostics, I have noted that recently she suffered some pretty stressful for her events. In addition to the prescribed antihistamine drugs I recommended her to work with a colleague-a psychiatrist who practices techniques such as dance therapy, yoga and cognitive behavioral therapy. After a few days the woman’s condition has significantly improved, and after six weeks the rash had completely disappeared,” said Dr. Clifford Bassett, an allergist, a member of the American Board of Allergy and immunology.

You must understand that this method doesn’t always work, but if successful does not guarantee easy, quick and complete recovery. However, it illustrates how closely aligned the health of our skin and the body with the psychological factors.

Alternative approaches to Allergy treatment that were studied

Immunotherapy. This non-drug treatment aimed to increase the tolerance of the immune system to allergens. The goal is to reduce symptoms and slow the progression of allergies or asthma. Despite the fact that it has existed for many decades, researchers seek to identify the most effective methods that will help to reduce the time of treatment. Immunotherapy is carried out in various ways, whether it is the injection of allergens, sublingual drops or tablets. Some researchers have noted the use of special toothpaste that helps to fight allergies.

Psychological intervention and behavioral therapy. This therapy may be used along with conventional treatments in patients with asthma, allergies and even certain common skin diseases. It is based on psychodermatology.

Biofeedback, therapy, or treatment using biofeedback. Therapeutic relaxation techniques and biofeedback have been used to treat patients with asthma. In one small study it was noted that biofeedback therapy resulted in a reduction of symptoms and improved lung function. Other researchers, observing the changing state of those who practiced different types of yoga, such as breathing in the Buteyko method, reported a reduction in use of inhalers and reducing symptoms.