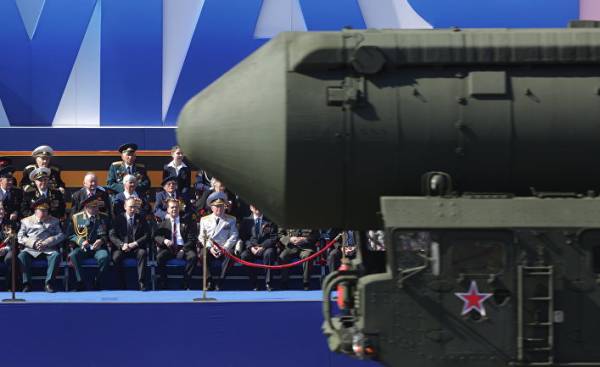 Moscow — In one of the sushi bars, visitors were offered the roll of “Victory Day”, which was covered in caviar black and orange. Large shopping centres pre-purchased balls, coffee cups, t-shirts and flip-flops black and orange.

The black and orange ribbons before decorating the medal “For victory over Germany”, and now have become symbols of patriotism of Russians can be seen on the lapels of suits leading television show on the home pages of news sites and billboards calling on people to join the celebrations of victory day over Nazi Germany.

During the Second world war the Soviet Union lost over 20 million people and took a major military strike in 1941-1945. In every family there are stories about relatives who fought and died in the war. And some Russians are very frustrating then as it is today is the Day of Victory turns into a massive black and orange celebration.

“It was always really a holiday with tears in the eyes, and now the tears are gone, and remained naked fun, while fun is no reason too great a scale of the losses, both human and moral, and what you want,” said journalist and historian Nikolai Svanidze in his recent interview to the Russian TV channel “Rain”.

However, the desire to unite people around a black and orange ribbons coming directly from the authorities. The Soviet Union’s victory in world war II — in Russia it is called great Patriotic war occupies a Central place in the attempts of President Vladimir Putin to position his regime as a logical continuation of the great history of the country.

From the point of view of the Kremlin, saving the world from fascism was not only the greatest achievement of the Soviet Union. It became the basis for the revival of Russia after the cold war as a world power — this idea will have to confirm nuclear missiles, tanks and other military equipment, which will pass on red square on Tuesday morning, may 9, during the parade.

“War allows to legitimize Putin’s regime: he calls himself the heir of the victory that is sacred to all Russians, and it puts the government beyond criticism — says Andrey Kolesnikov, senior researcher of the Moscow Carnegie center. — If you criticize the government, you criticize Russia.”

What many in the West called adventurism in Syria, the occupation of Crimea and invasion of Eastern Ukraine, the Kremlin and its news agencies portrayed as tireless efforts to protect the world from the forces of chaos and fascism. When thinking from this perspective, the criticism of modern Russia practically means criticism of the Soviet Union because he saved the world from evil.

“In recent years, the historical theme, in fact, has become a target launched against our country large-scale information campaign aimed at deterring Russia, weakening its credibility in the international arena”, — said Deputy foreign Minister Grigory Karasin at a recent meeting in the Kremlin.

The Soviet leaders used Victory Day to justify the actions of the Soviet regime. They had to keep silent about some of the criminal decisions of Soviet dictator Joseph Stalin, for example, the agreement on non-aggression signed between the USSR and Germany, which strengthened the position of Adolf Hitler in the initial stage of the war, or about the brutal conquest of Eastern Europe by the Soviet regime after the surrender of the Nazis.

In the 1980-ies, when the power of the Communist government began to weaken, these and many other facts gradually became known to the General public. Under Putin, the same mention of the errors and crimes of Stalin were often amount to “attempts to put an equal sign between Nazi Germany as the aggressor — and the Soviet Union, the Nations which took the brunt of the attack, liberated Europe from fascism,” — said Karasin.

Over the past few years they released a series of movies that were filmed with the support of the government and which focused on the heroism of Soviet soldiers. Often the creators of these movies are pretty liberal with facts. But who needs facts? “Facts by themselves mean not a lot, — wrote the Minister of culture of Russia Vladimir Medinsky. — If you love your country, your people, the story you will write, will always be positive.”

Putin’s approval rating never dropped below 80% since the annexation of Crimea by Russia in March 2014. According to the results of a survey conducted in March 2016, 71% of Russians believe that “whatever mistakes, and no defects were attributed to Stalin, the most important is that under his leadership our people emerged victorious in the great Patriotic war”.

Perhaps this attitude has led to the emergence of the child’s option form employees of the notorious secret police of Stalin, the NKVD — which was sold freely until recently, when the indignation of the Russian Internet users has forced sellers to abandon the idea.

Another manifestation of the attempt to commercialize the Day of Victory was the work of a company that for a reasonable price offers to make the portrait of your ancestor, whose life was affected by the Second world war, in a colorful banner decorated with black and orange ribbons.

These banners need to participate in the March of “Immortal regiment” — folk movement, whose members wanted to honor the memory of those who died in the war. People were carrying portraits of their loved ones and shared their family stories without any Patriotic hype.

However, Putin’s government decided to usurp this event, and now these large-scale marches became part of the official celebrations, along with parades of tanks and nuclear missiles, and fireworks that adorn the night sky over Moscow on 9 may.

Boris Vishnevsky, Deputy of the Legislative Assembly of St. Petersburg recently complained that the personal symbols of the Victory Day celebration turned into a symbol of “state patriotism, symbolizing not so much the memory of the war, as the loyalty of the government and its course”. 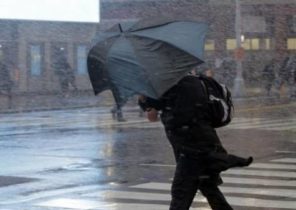