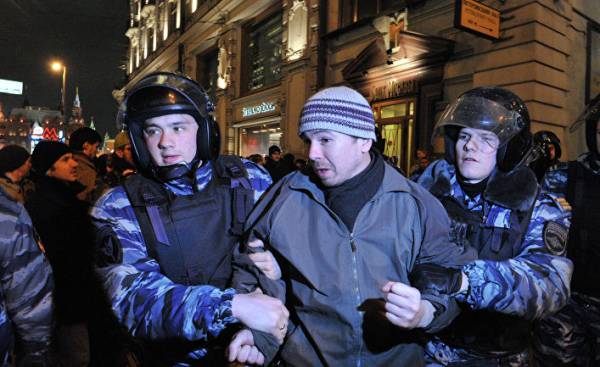 Lev Gudkov: Europe and Russia do not understand each other when talking about democracy. In Russia, it primarily means freedom of movement, work and travel, freedom of economic markets. In addition, it implies the possibility of a weak criticism of the authorities. But all this is very far from what Europeans mean by the word “democracy”.

In Russia, I would say, rather, not about authoritarianism but about different forms of totalitarianism. The regime of Vladimir Putin from many points of view is an attempt to simulate past totalitarian regimes, particularly Soviet. They have a lot in common: the only major party controlled the state apparatus, the strong pressure of the police system, strict control over the media, the dominance of the state in the economy… But the Communist ideology of the USSR replaced the dreams of nationalist grandeur.

In fact, the Soviet Union, Russia has not yet fully collapsed. Since 1990, we are witnessing a long process of slow destruction of the Soviet regime. The Communist dictatorship was replaced by predictorsi avatar, under Yeltsin and then under Putin. A strong when the Soviet Union institutions remained in effect today: power structures, army, court, educational system. In addition, as in the Soviet Union, various agencies fighting each other for power.

— Why did the Russians accept this authoritarianism even today?

— The Russians in their vast majority don’t oppose it, because the repressive system of the Soviet Union continues to press on the minds. This, of course, the atmosphere of terror under Stalin, but the threat of fear and the paralysis of civil society. “Homo Sovieticus” are accustomed to live under a repressive government, and it will be a long one.

This mentality characteristic of youth, even one that was born after the collapse of the Soviet Union. In the 1990-ies the country was a wind of democracy and liberal reforms, but the economic crisis has done so much harm that discredited in the eyes of Russians the very idea of democracy and reform. This opens the way for a return to an authoritarian regime, with the support of Russians, including young people.

At the local level the Russians are willing to mobilize (against the headmistress of the school, demolition of houses, the abolition of social assistance…), but it is not perceived as a political move: it is about the form of self-defense, because there is a specific threat in your personal life. At the national level where less people are for democracy because we are no longer talking about his personal life, and people do not feel threatened.

— Can this political mentality ever change?

— Let’s look at everything from afar. The Soviet Union collapsed 27 years ago. What has been achieved French democracy for a quarter of a century after the revolution of 1789? The problem is that in Russia all the institutions of government support inertia. Vladimir Putin well knows how to use it, mixing in his speeches and references to Soviet and tsarist heritage and modern elements. In the end, inertia is retained, the size of the country and its climate.

In big cities the Russians are willing to live in a democracy in the European manner. But it’s still a minority. Two thirds of the population live in villages and small towns, where the legacy of the Soviet Union stronger, and the fear of change more. There memories of the Soviet Union idealised, and there is a real craving for a paternalistic regime.

— What is more important, the regime guaranteed stability or the protection of a strong leader?

— A strong President is not so important in the eyes of Russians. The most important thing for them is economic and social stability. Especially if it is accompanied by a return of pride in themselves and for the country. It is not necessary so to believe in their so-called love for Vladimir Putin, although it is really possible to note some elements of the cult of personality.

Russians ‘ attitude to him is full of contradictions. They like his success in the international arena: the return of Moscow on the diplomatic fronts, the game is on equal terms with Washington’s growing influence in international relations… At the same time, his success in the country is much more modest, as can be seen in two years of crisis and recession. Very fast income growth in ten years based on huge oil revenues have not always been key to the modernisation of our economic structure.