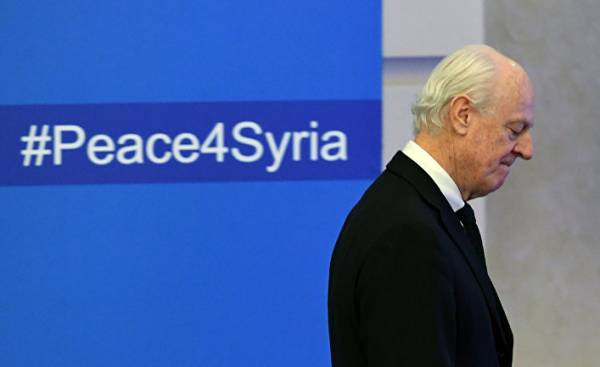 Russia did not submit any compromise variants of development of events in Syria at a conference in Astana, the results of which are not mentioned in any UN resolution. Moreover, some parties of the Syrian conflict, refused to participate in it. Russia seeks to create an alternative to Geneva which is the only place for talks on a legal basis at the international level, and the documents adopted during these meetings that bear her name. The Geneva conference proposed the way of solving the Syrian problem — the end of the reign of Bashar al-Assad.

In Astana the Syrian opposition presented the “flexible”, meaning that Russia can not understand. For her, the compromise was not the right decision either yesterday or today, not least because Russia is not bound by any obligations, such as the implementation of the provisions of resolution 2254 of UN Security Council ceasefire. Does not work to limit clashes of the Russian-Syrian forces with the opposition and to deter the plans of Russia. The Russian bear wants to use the armed forces in order to force the opposition to take the regime of Bashar Assad, drawing on the idea of a “national unity government”, which in itself is a violation of international resolutions and the document adopted at the conference in Geneva.

Russia has changed the meaning of the conference in Astana. She turned it into a field for “reshaping” thoughts of hostile groups with the purpose of their subsequent rejection of political claims that Russians will be able to replace their plants. Perhaps they will become an alternative to the National coalition of revolutionary and opposition forces and the Higher Committee for negotiations of the Syrian opposition. All of this action in order to depart from the Geneva conventions under the pretext of following the provisions of resolution 2254. Moscow wants to abandon the format of Geneva, presenting the alternative, which involves the participation of the opposition in the negotiations with the same positions of Bashar Assad’s regime.

For these reasons, it is quite natural that a delegation from the opposition refuses to hold the third meeting in Astana. The Russian statement they say that the meeting in Astana will lead to a ceasefire. It turns out that the purpose of the conference is not consistent with the results and the current agenda. Obligations of Russia and the Assad regime, adopted at the last meeting in Astana regarding stop military clashes in the areas occupied by the opposition, and the complete cessation of hostilities, are not met. The convening of the meeting was mandatory and the opposition got the right to leave or stay and agree on everything with Russia and Assad.

Obviously, Russia has to resort to cheating, saying that the aim of the talks in Astana is to create a positive atmosphere, which will help to find solutions that meet the needs and interests of all parties. The talks discussed a full ceasefire with the preservation of existing terms and conditions of the Syrian parties. However, the war will continue, and Russian air and land forces will participate in more participation, and a short walk to the Souk Wadi Barada, Kabuna Barz, Haraszti and HOMS. Moscow stressed that it was not interested in the performance of any international resolution, but has only to recognize her sole right to their own interpretation of resolution 2254, which would be contrary to the statement of Geneva-1 and its spirit. Thus, Russia will be able to prevent the fall of Assad to undermine any international involvement in the negotiations, as well as any compromise, meeting the demands of the Syrian people.

After the Russian troops will alter the balance of power in their favor, diplomacy Astana will want to go further and attempt to replace international resolutions and deny the Syrians the right to decide any questions.

The opposition’s refusal to go to Astana broke the plans of Russia and at the same time confirmed that the Russian bear could not “drive them under the heel”. Moscow cannot achieve its goals alone and will need the help and support of the opposition, especially after the increased military presence of America in the Northern areas of Syria that are becoming more complicated nodes of local, international and regional conflicts. The middle East became an arena of confrontation is not only for Arabs, Kurds and Turks, but also for large players who joined this game for its interests in the region. Now Russia is more in need of the opposition, as it is capable to weaken its positions. She was able to resist pressure from Moscow, which forced them to adopt a position contrary to the interests of the Syrian people.

If the opposition forces and are ready to go to a conference in Astana, only to then immediately leave because their presence will not solve the problem in Syria. Members of the opposition do not withdraw from the surrounding circumstances. Moreover, we are ready to promise yourself to learn from them the maximum benefit. Meanwhile, our positive experience of cooperation with Russia does not compel us to ensure that “the hand was started by Vladimir Putin to our country, is shorter than his nose.” 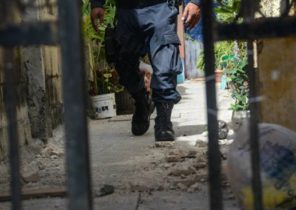