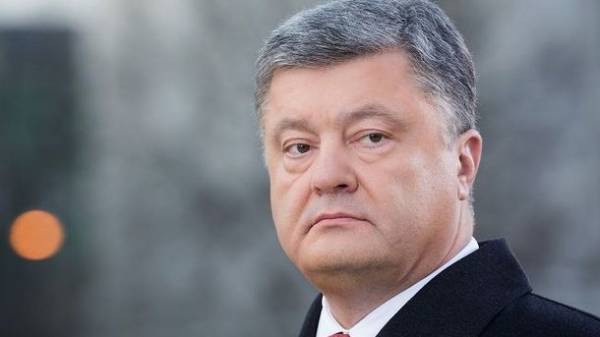 The President of Ukraine Petro Poroshenko has compared the Putin’s annexation of Crimea into Russia with the seizure of foreign territories Nazi Germany.

About this Poroshenko said during a participate in action “First minute of peace” at the National Museum of history of Ukraine during world war II.

“Eurovision is a real fest in the world that combines post-war Europe – for the second time takes place in Kyiv. Twelve years ago it became possible thanks to Ruslana, and now we gave it to Jamal”, – he said.

“She attracted the attention of the entire continent to the fate of the Crimean Tatars, the history of their homeland, Ukrainian Crimea… Crimea, annexed by Putin’s Russia just as almost eighty years ago, took someone else’s territory, Nazi Germany,” added the President.